Craftsmen at the workshop of S. Devasenapathy Stapathy and Sons, mould local clay around the wax image of a diety to be cast in bronze. The clay is from fine silt traditionally collected locally at the bend of the Kaveri River..The current Stpathy family is the twenty third generation of bronze casters dating back to the founding of the Chola Empire. The Stapathys had been sculptors of stone idols at the time of Rajaraja 1 (AD985-1014) but were called to Tanjore to learn bronze casting. Their methods using the ,?Úlost wax,?Ù process remains unchanged to this day. 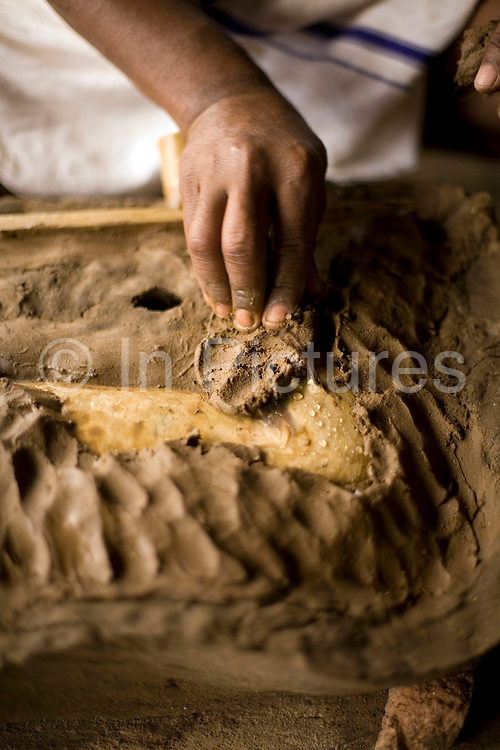