Two contestants of the world worm charming competition bend down to use a fork and a recorder to encourage invertebrates out of the ground in a field at Willaston, Cheshire, England. One woman wears a plastic helmet and the other has a worm illustrated t-shirt with a handmade sign that reads"Ive got the worms!" There are 18 rules translated into 30 languages (including Tibetan) but here these two daft ladies use music and garden tools to vibrate the earth helping the worms to the surface in a 3-metre square plot. International flags are behind but local hero Tom Shufflebotham's 1980 world record still stands at 511 worms out of the ground in half an hour. The fattest worm ever caught weighed 6.6 grams, the most succesful method being hand vibrating a four tyne garden fork inserted approximately 15cms into the turf, known as 'twanging'. 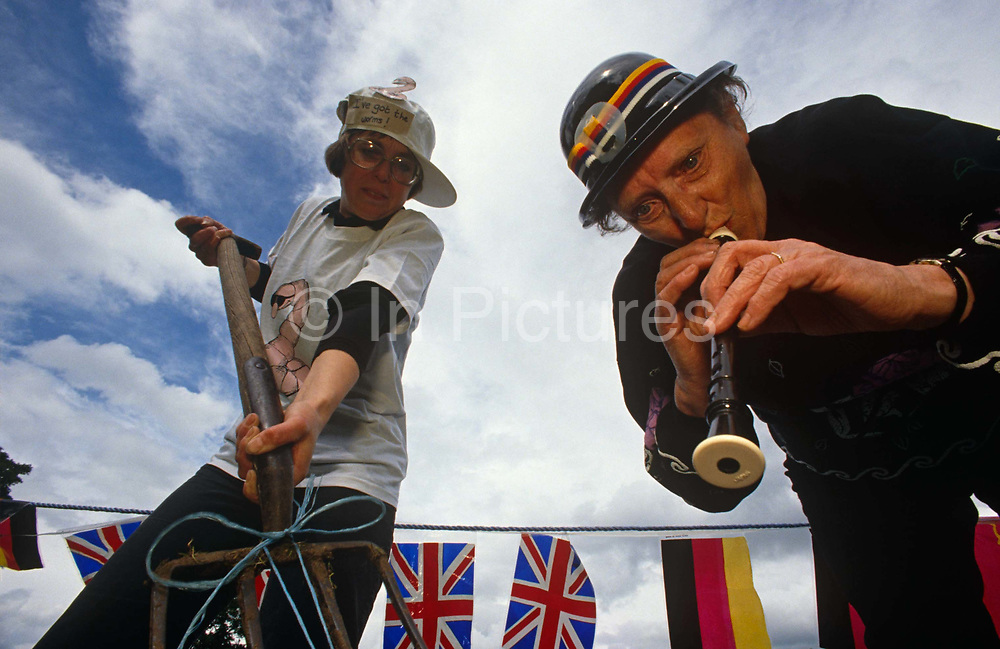