Chateau de Najac in Najac, France. Chateau de Najac or the royal fortress of Najac is located in Najac, in the Aveyron departement, in southern France. The castle was built in 1253 by the villagers on the orders of Alphonse de Poitiers, brother of Saint Louis, on the site of an older castle a square tower built in 1100 by Bertrand of St Gilles, son of Raymond IV. The castle is built at the summit of a hill formed by a loop of the river. The castle has a world record with its 6.80 metre high archeres a thin aperture for archers, such a size being designed to allow use by three archers at the same time. 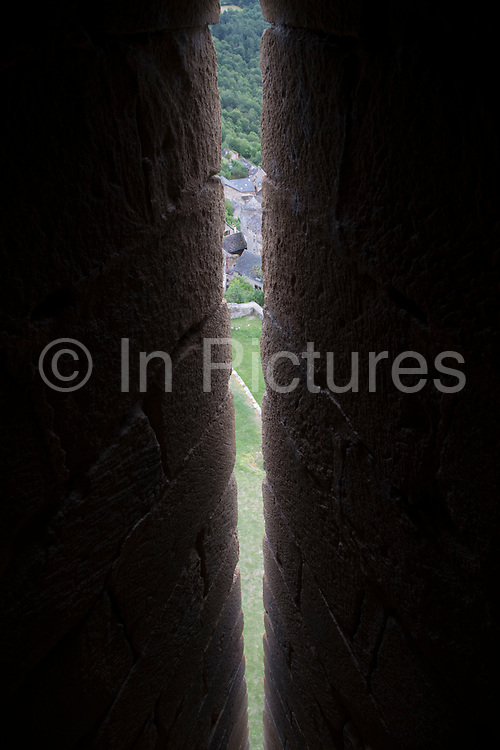