The two iconic towers of Wembley Stadium are demolished during the the large regeneration of the famous football venue and surrounding district, on 6th December 2002, in London, England. Wembley Stadium, was the most famous football ground in the world. Because England was the birthplace of the modern game and shared with Scotland the founding role in international football, Wembley, as it evolved into Englands national stadium, gained worldwide regard as the citadel of football and as hallowed ground. After England began playing teams other than Scotland at Wembley in 1951, the worlds national sides considered an invitation to play there a great honour. England played 223 matches at old Wembley including the historic 1966 Jules Rimet World Cup Final. 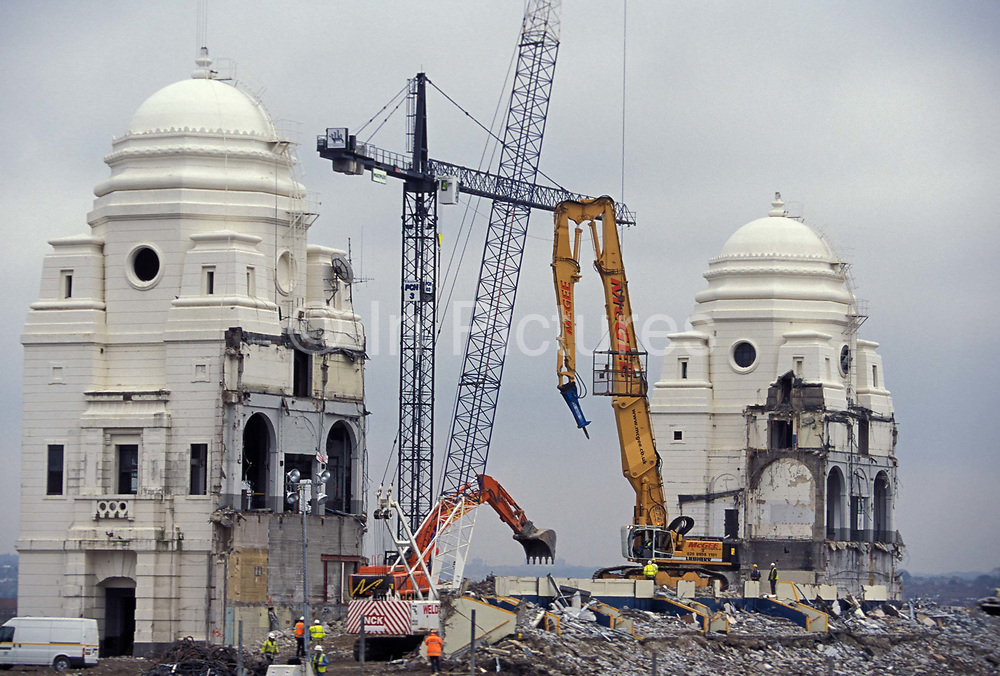