A father supports his son on his shoulders as a giant four-engined airliner passes directly overhead, about to land at London's Heathrow airport, England. Seen from a low angle, we see the graphic cruciform shape of the aircraft as it screams past two powerful airfield landing lights that help guide arriving aircraft to the runway. The backlit scene is largely monochrome apart from the boys red t-shirt and yellow-faced watch which are lit by flash, underexposing the overcast sky. Prior to 9/11, British airport authorities and police tolerated plane spotters near runway fences but with heightened terrorist alerts, these enthusiasts are told to move on or face arrest. Picture from the 'Plane Pictures' project, a celebration of aviation aesthetics and flying culture, 100 years after the Wright brothers first 12 seconds/120 feet powered flight at Kitty Hawk,1903. 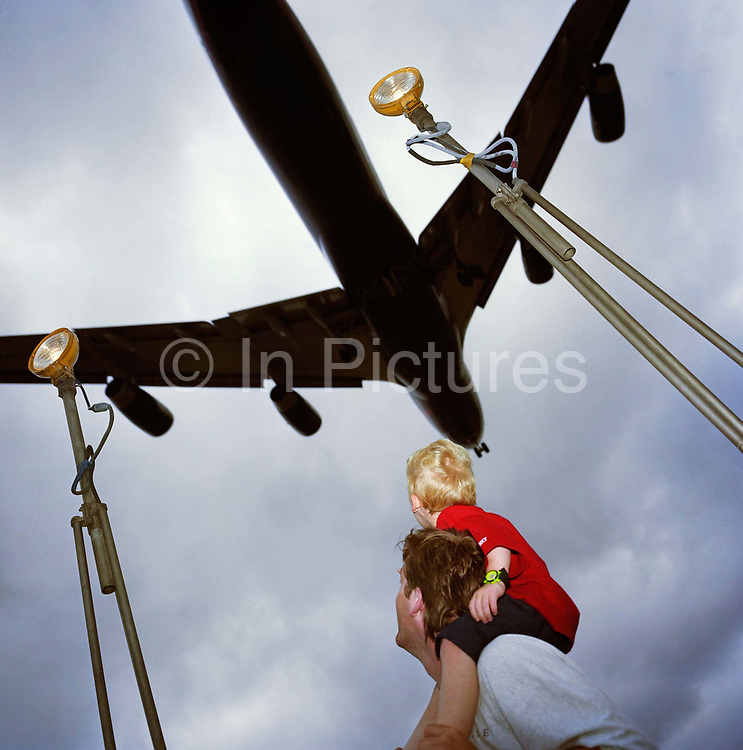