A street protest by General Confederation of the Portuguese Workers (Confederação Geral dos Trabalhadores Portugueses or CGTP). This is the largest trade union federation in Portugal, founded informally in 1970, emerged publicly after the Carnation Revolution in 1974 and was legalised the following year by the National Salvation Junta. It is traditionally influenced by the Portuguese Communist Party, and its present coordinator, Arménio Carlos, is a member of the Party. 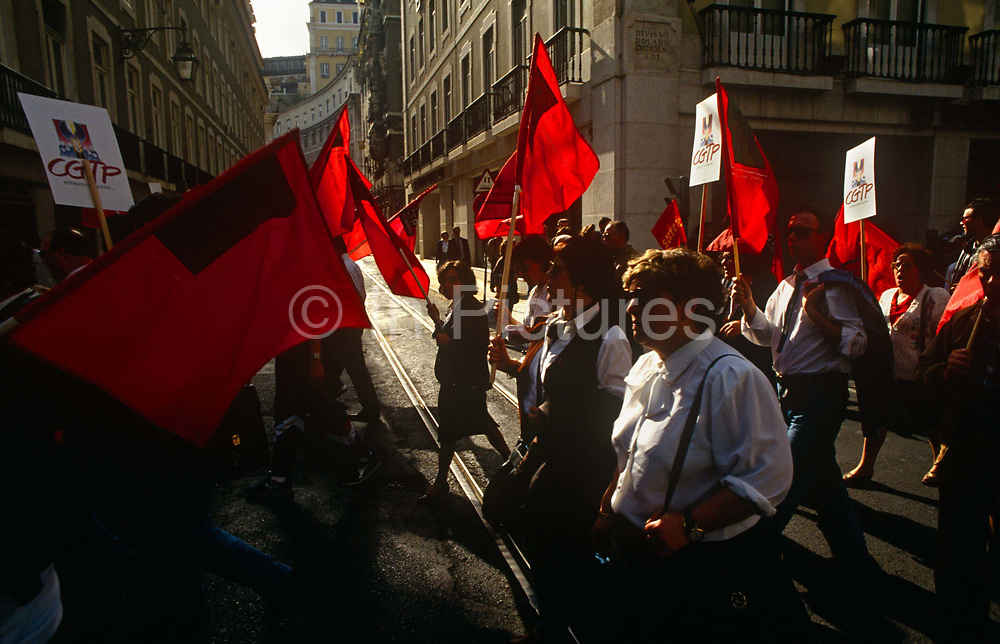