The Sri Varadaraja Perumal Temple, Pondicherry, India.
Also known as The Thirubuvanai Temple is dedicated to the Hindu god Vishnu. Constructed in the Dravidian style of architecture, the temple is a storehouse of Chola architecture. The temple has a five tiered rajagopuram, the temples gateway tower. The temple is originally believed to have been built by the Cholas during the 11th century, with later expansion from the Pandyas.
Pondicherry now Puducherry is a Union Territory of India and was a French territory until 1954 legally on 16 August 1962. The French Quarter of the town retains a strong French influence in terms of architecture and culture. 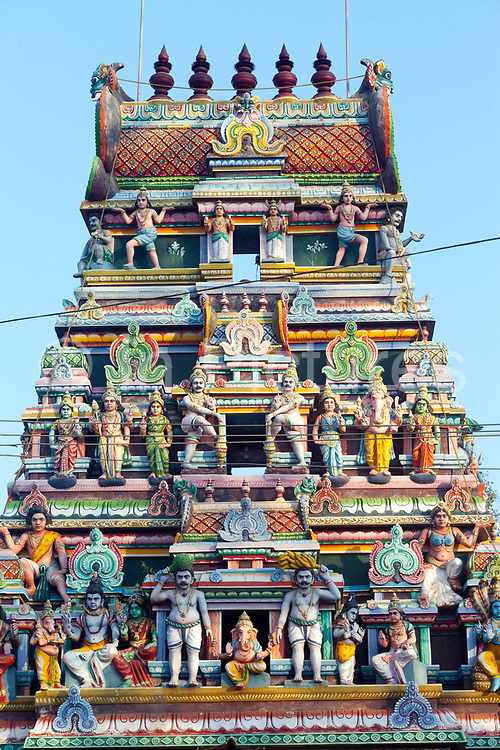