Bridges not walls US Presidential inauguration day protest banners are dropped from London Bridge on 20th January 2017 in London, United Kingdom. Donald Trump was be inaugurated as the 45th President of the United States of America on this day and so in demonstration at some of the rhetoric, banners were dropped from bridges across the country to send a simple, hopeful and unmistakable message, to build bridges not walls for a peaceful and just World rid of oppression and hatred. 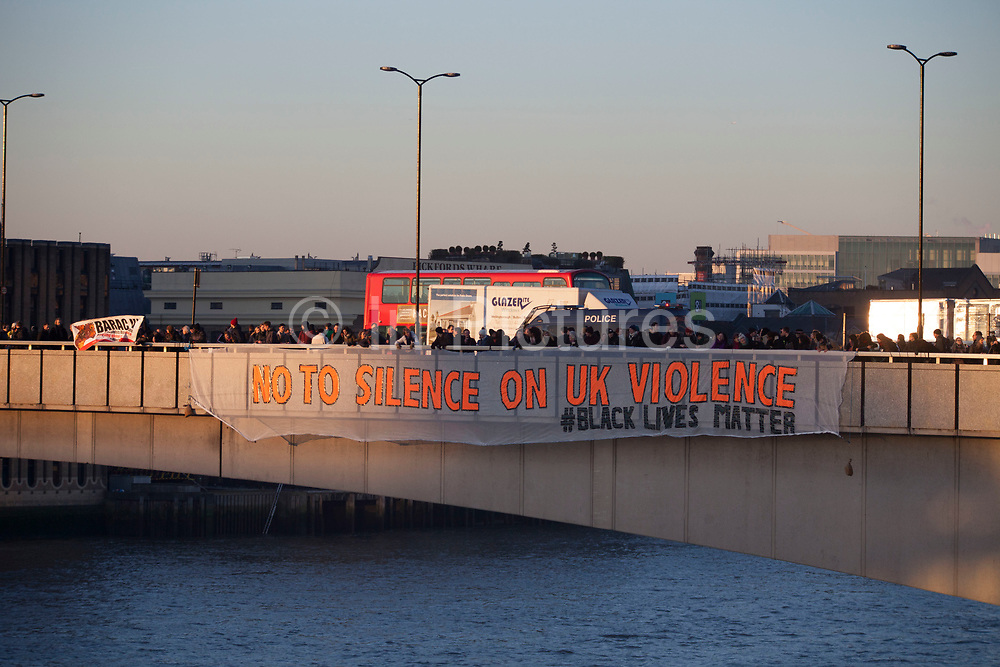