City of London constables stand under the pillars of Royal Exchange, Cornhill before the traditional ceremony of the proclamation of the dissolution of Parliament, on the day that Prime Minister David Cameron announces the beginning of the 2015 election campaign. City Officers and officials help proclaim the dissolving of parliament on the day that the period of Britain's general election starts. Accompanied by constables in cloaks, the three Esquires: The City Marshall, the Sword Bearer and the Mace Bearer (who is properly called 'the Common Cryer and Sergeant-at-arms'); who run the Lord Mayor's official residence, announces from the steps of Royal Exchange, Cornhill, to the capital's ancient financial district. 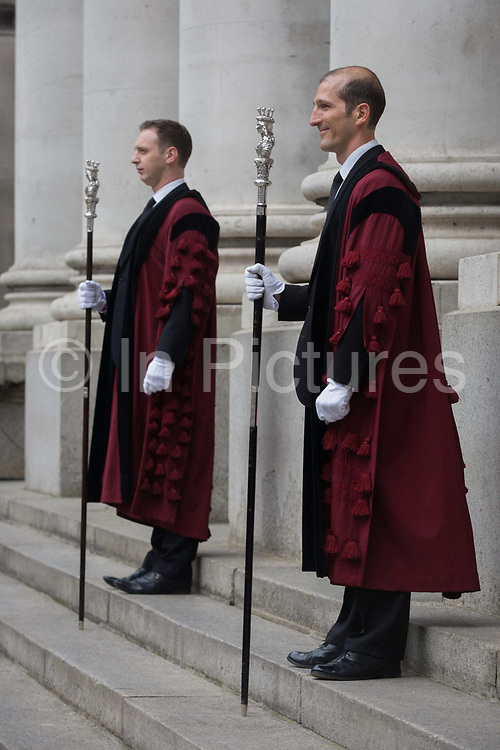