Two memorial plaques for S.T.Coleridge and J.B.Priestley on a house in Highgate village on the 25th March 2007, Highgate, London, United Kingdom. The village is at the top of North Hill which provides views across London. Until late Victorian times it was a distinct village outside London, sitting astride the main road to the north. Highgate is one of the most expensive London suburbs in which to live and has an active conservation body, the Highgate Society, to protect its character. 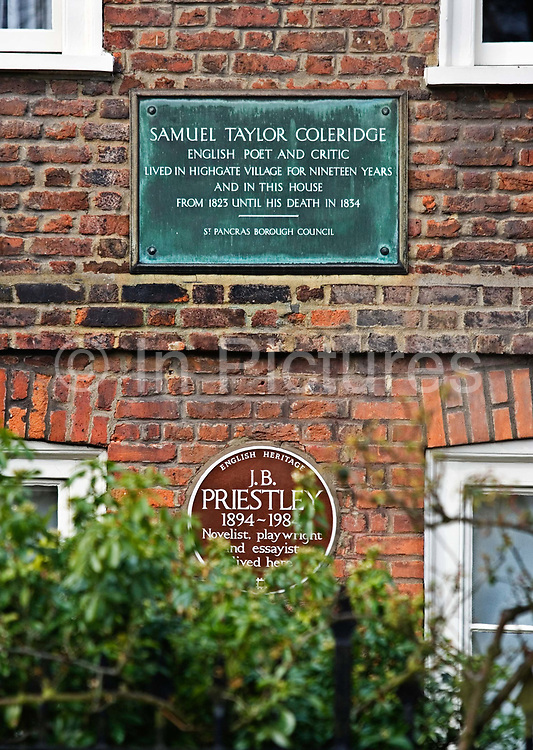