Pet dog rides on top of an airline animal cargo box in the main terminal of Paris Orly airport. Perched on top of the animal transport container, the dog looks attentive and interested either before or after its flight from or to, the Paris airport, being wheeled on a baggage trolley. Other passengers walk past in the terminal. Animals have been transported by air since the early 1930's. In today's modern world, carriage of live animals by air is considered the most humane and expedient method of transportation over long distances. ATA's Live Animals Regulations (LAR) is the worldwide standard for transporting live animals by commercial airlines. 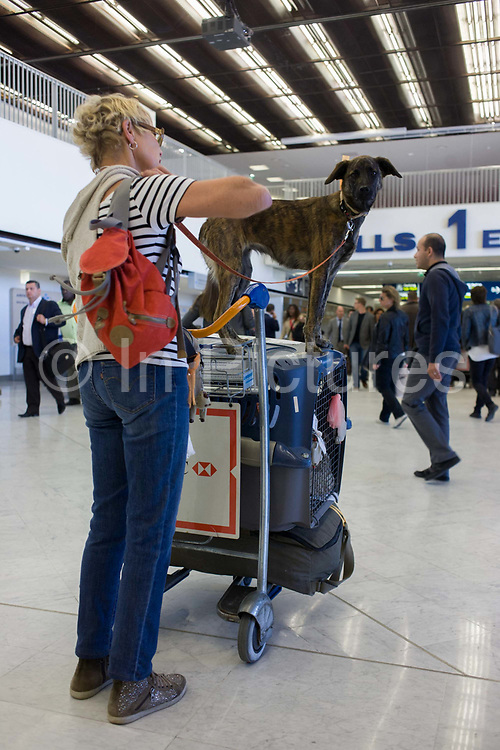