Ex British Prime Minister Margaret Thatcher speaks with ex colleagues on podium during John Major's 1991 Tory party conference. A year after her colleagues deposed her, forcing her to resign from her 11 year premiership, she chats on stage after her speech with former cabinet ministers John Wakeham, Willie Whitelaw and Kenneth Baker. Thatcher has been lending her support to her replacement, the former Chancellor and Foreign Secretary, but the otherwise unknown John Major who governed until 1997. 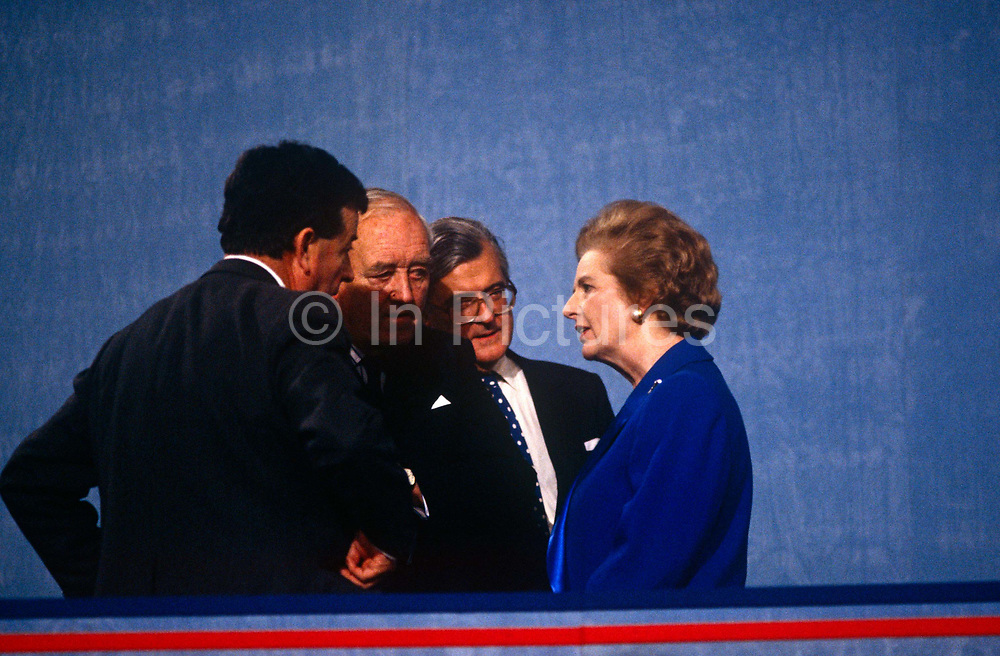