Chelsea Dean playing Jean Grey from Phoenix attending the London Film and Comic Con LFCC is a convention held annually in London that focuses on films, cult television and comics. The convention holds a large dealers hall selling movie, comic and science fiction related memorabiliaand original film props, along with free guest talks, professional photoshoots, autograph sessions, displays. Many of the visitors / attendeesarrive dressed up as their favourite comic and sci-fi characters in the most outlandish costumes which draws from the award-winning formula of innovative gameplay.
(Jean Grey is a mutant born with telepathic and telekinetic powers. Her powers first manifested when she saw her childhood friend being hit by a car. She is a caring, nurturing figure, but she also must deal with being an Omega-level mutant and the physical manifestation of the cosmic Phoenix Force. She faces death numerous times in the history of the series, the first being when, in her guise as Marvel Girl, she dies and is "reborn" as Phoenix, which in time leads to her second - though not last - death in the classic "Dark Phoenix Saga") 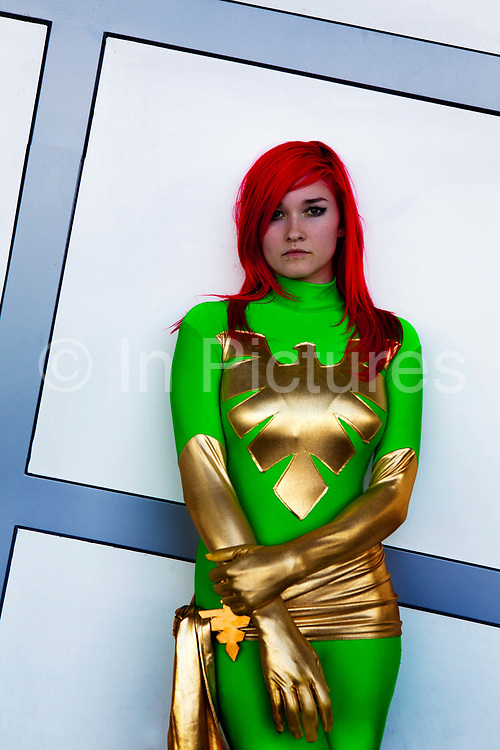