A protester stands outside Westminster Cathedral during Pope Benedict XVI's papal tour of Britain 2010. Voicing opposition to Catholic thinking the man has hand-written a sign of Biblical prophecies stating that the Pope is the Anti-Christ, with the Devil’s number 666 in his name. This is during Pope Benedict 's papal tour of Britain 2010, the first visit by a pontiff since 1982. Taxpayers footed the £10m bill for non-religious elements, which largely angered a nation still reeling from the financial crisis. Pope Benedict XVI is the head of the biggest Christian denomination in the world, some one billion Roman Catholics, or one in six people. In Britain there are about five million Catholics but only a quarter of Catholics regularly attend Sunday Mass and some churches have closed owing to spending cuts. 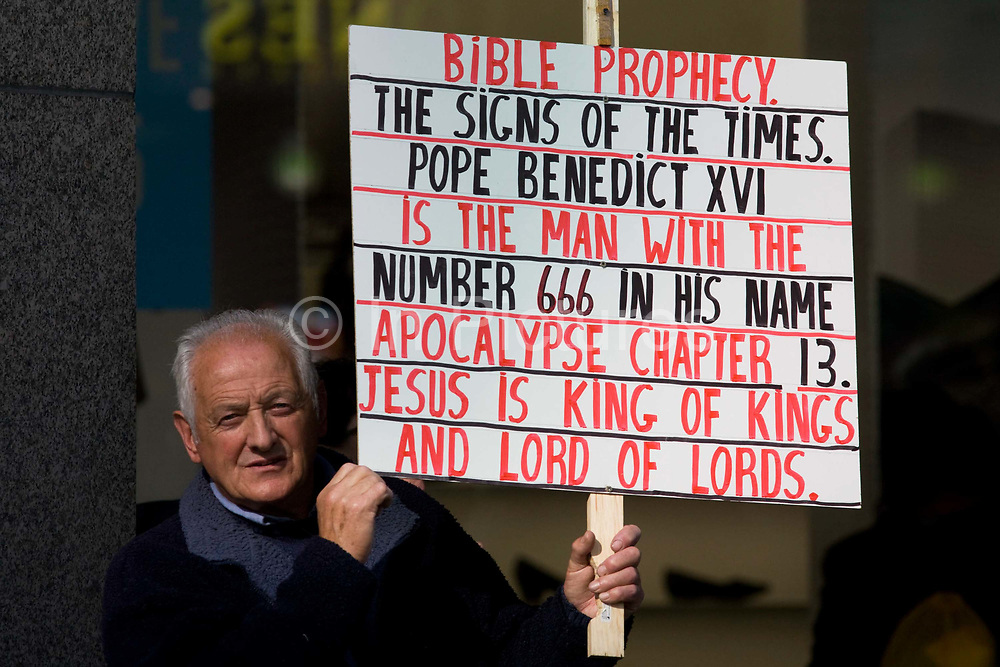