A Green Party protester demonstrates against the Tory coalition below Church Gate in Butter Market, holding up a placard against public service cuts during the enthronement for the new Archbishop of Canterbury, Justin Welby. Her protest is about coalition plans over the NHS, holding a placard in Butter Market in the centre of Canterbury, urging the government to keep the country's National Health Service out of private hands, to keep it as a government organisation, run by Jeremy Hunt and overseen by his boss, Cameron. The town of Canterbury hosted the enthronement of the Church of England's new Archbishop, allowing Medway locals to voice their concerns. 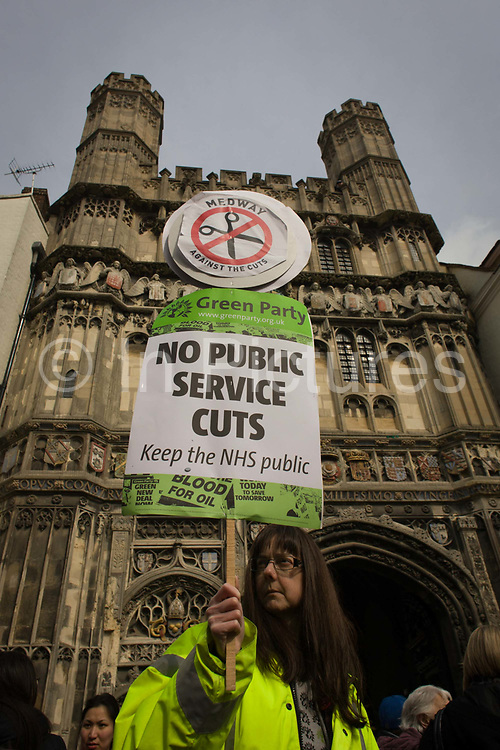