Outside the famous Blind Beggar pub. Infamous as the place where on 9 March, 1966, Ronnie Kray shot and murdered George Cornell, an associate of a rival gang, the Richardsons, as he was sitting at the bar. The murder took place in the then saloon bar. Whitechapel High Street in East London. This area in the Tower Hamlets is predominantly Muslim with just over 50% from Bangladeshi descent. This is known as a very poor area of London's East End. 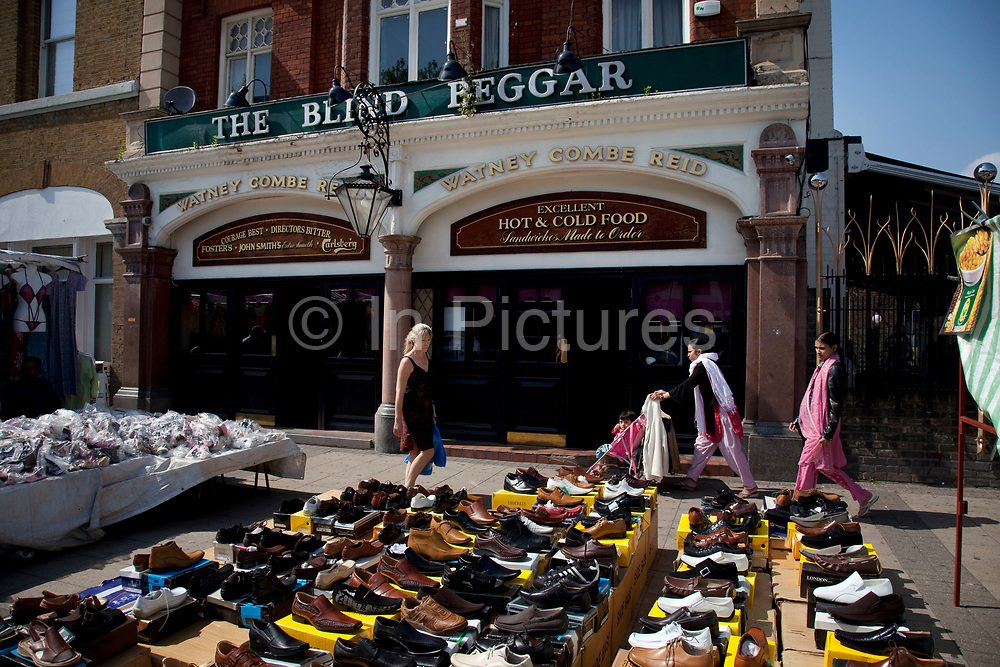