Technicians carry Kato, a large male orang-utan from his cage after sedating him in Nyaru Menteng Rehabilitation Centre, run by the Borneo Orangutan Survival Foundation, in Central Kalimantan, Borneo, Indonesia on 22nd May 2017. Kato will be taken by road and river to a release site in Bukit Baka Bukit Raya National Park. The centre houses around 450 rescued orangutans who have been displaced from their habitats by human activity. Many of them will be reintroduced into the wild, but some animals have illnesses or injuries that means they have to remain in the sanctuary indefinitely. 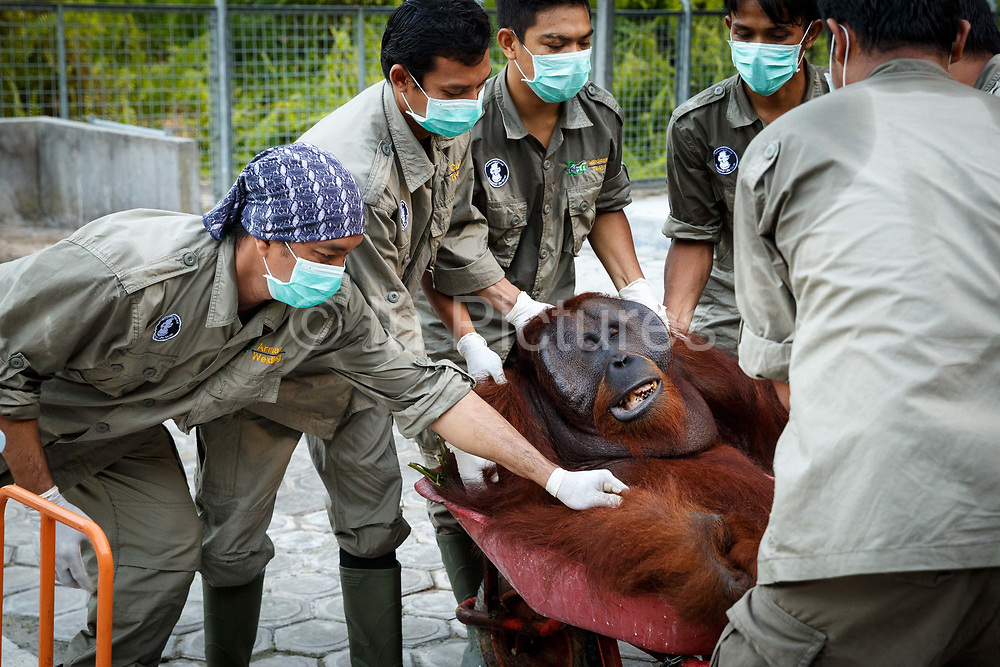