Tourists sit beneath The Battle of Cape St Vincent by Musgrave Watson and William F. Woodington, the relief on the west face of the plinth on Nelson's Column in Trafalgar Square. Two men in almost identical clothing and bald heads look across to each other while sitting under the detail of one of Britain's naval victories against Napoleon's French in 1797 led by one its national heroes, Admiral Horatio Nelson whose memorial is the column in the heart of central London. 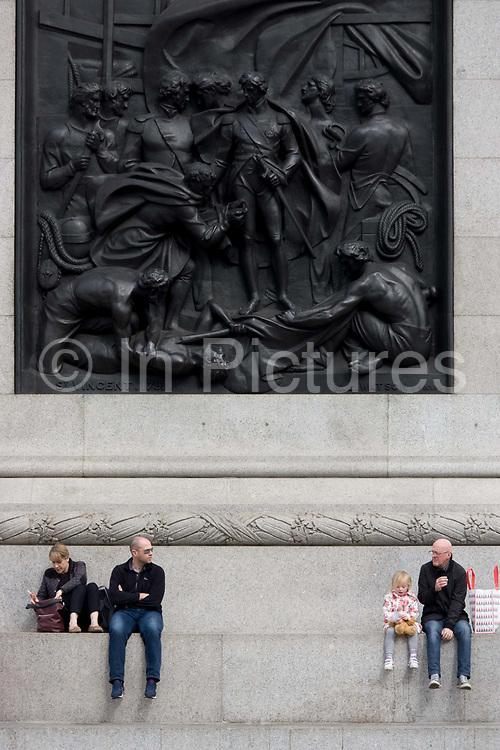