Cyclists entering the restored Devonshire Tunnel as part of the Two Tunnels Greenway near Bath, Somerset, England, United Kingdom on 6th April 2013. The cyclists will enjoy he fantastic 13-mile circular route from the centre of Bath that takes in National Cycle Route 24 and National Route 4 and the spectacular Dundas Aqueduct on the Kennet & Avon Canal. The opening of this route has been organised by Sustrans in partnership with Bath and North East Somerset Council. This tunnel was previously a railway tunnel on one of the United Kingdoms most famous rail lines. The tunnel is 407 meters long and stone-lined throughout. It has been restored to make it accessible by foot, cycle or wheelchair and is part of a 13-mile circuit. The event was attended by hundreds of cyclists and pedestrians of all ages and abilities. 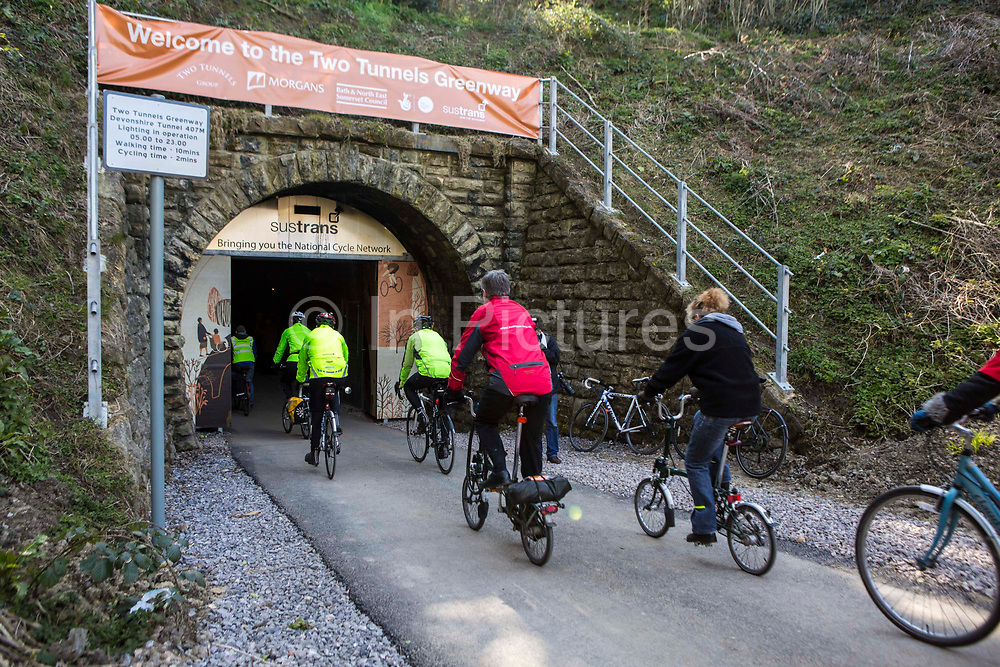