Seen in a local shop window, is a newspaper cutting, yellow ribbon and Union Jack flags mark the release of Beirut hostage, the TV journalist John McCarthy. The headline says ‘McCarthy Free’ in a simple, long-awaited announcement. John Patrick McCarthy CBE (born 27 November 1956) is a British journalist, writer and broadcaster, and one of the hostages in the Lebanon hostage crisis. He was kidnapped by Islamic Jihad terrorists in Lebanon in April 1986, and held hostage for more than five years. He was appointed a Commander of the Order of the British Empire in 1992. McCarthy was Britain's longest-held hostage in Lebanon, having spent over five years in captivity until his release on August 8, 1991. He shared a cell with the Irish hostage Brian Keenan, for several years. 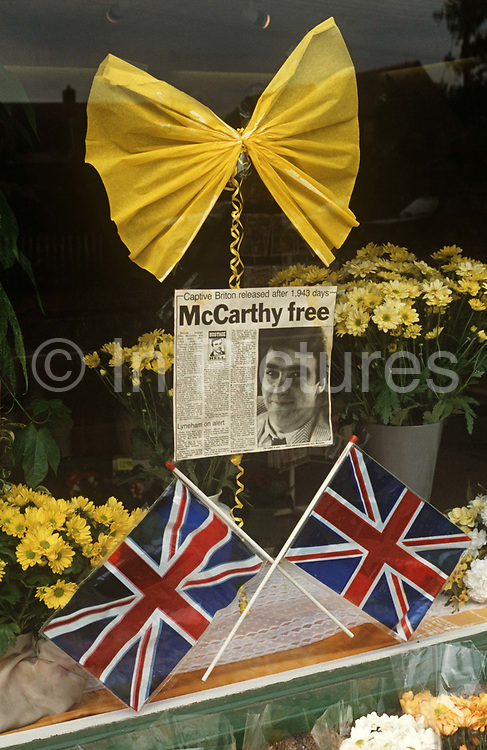