A schoolboy of Afro-Caribbean descent stands looking confused on a platform at Victoria mainline station in central London. The young lad looks smart in a new school uniform of cap, blazer, long trousers and polished black shoes. We might guess that it is the start of a new academic year and that he is about to attend a new school for which he needs to take a train on his own. His mother and younger and older sister are also to the far right of the picture so he may go with his elder sibling carrying a multi-coloured umbrella and a bright blue briefcase containing his lunch and a few items needed for lessons. Surrounded by adult commuters, some of who look on with mild amusement, also make await their train from the city out of town. Mostly, people mind their own business and what is a special day for the boy will become a much-travelled route. 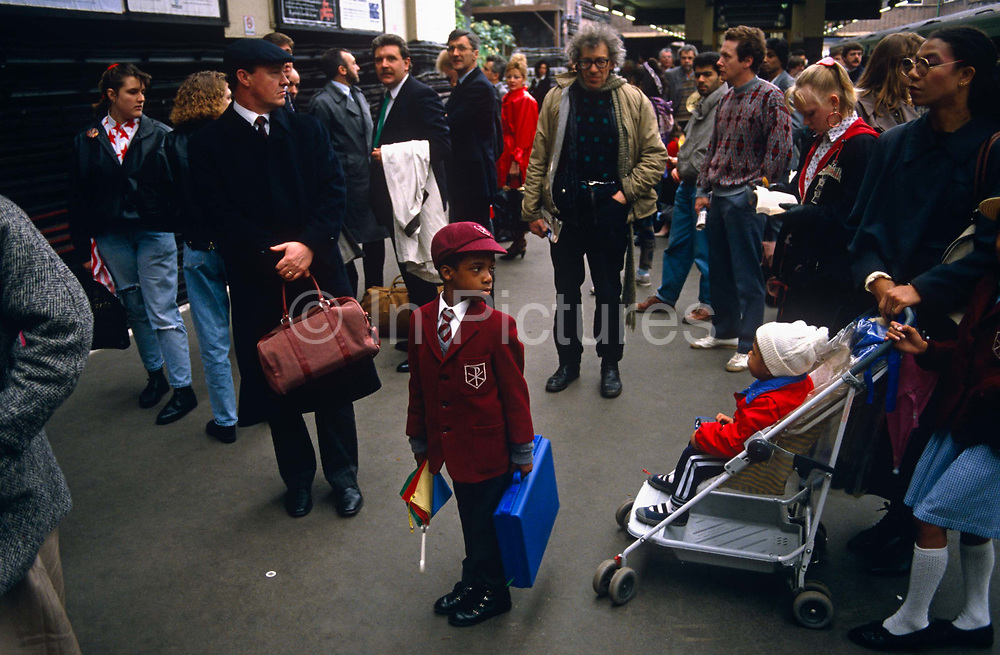