A hand in an open doorway of a property in the heart of the Jewish Kazimierz district of Krakow - the location of Nazi Holocaust evacuations during WW2 and where Steven Spielberg filmed scenes for his film Schindlers List, on 23rd September 2019, in Krakow, Malopolska, Poland. The Jewish community were systematically removed from Kazimierz and taken to what became the Krakow Ghetto across the Vistula river in the Podgorze district where Oskar Schindlers factory was located and where he went on to save 1,100 Jews from concentration camps all over Poland and Germany. Before the war, 64,000 Jews lived in Krakow but after liberation, only 3-4,000 survived. 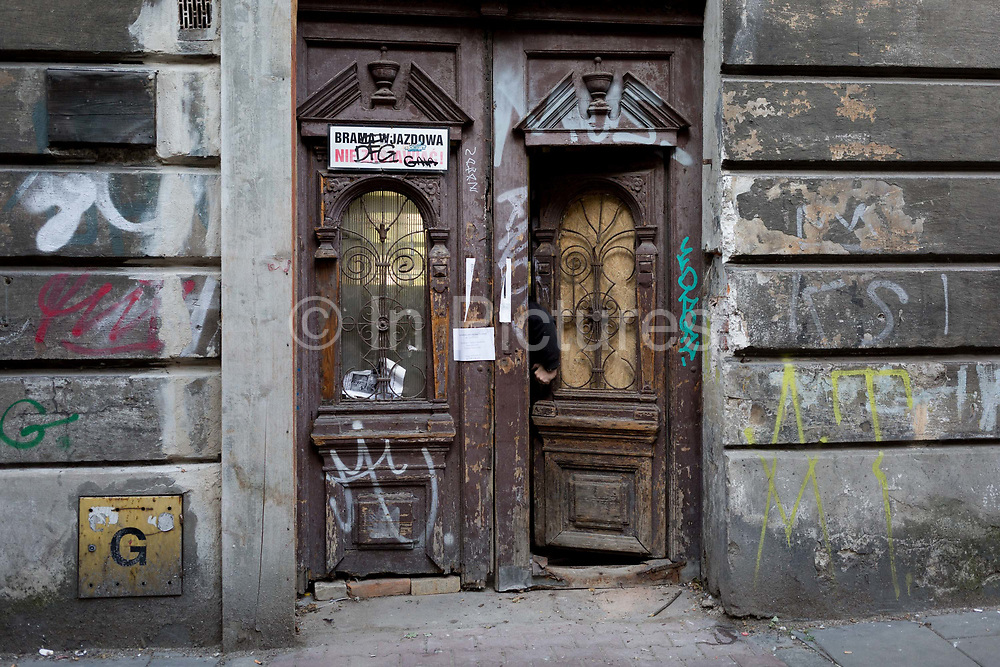