American casualties lie under headstones at the WW2 Madingley American Cemetery, located in the English countryside, Cambridgeshire. Set in over thirty acres of beautifully maintained gardens and lawns, the cemetery contains the bodies of 3812 war dead from the world war two era. Every State of the Union is represented here. In addition inscribed on the Tablets Of The Missing are the names of over 8000 American service men who lost their lives during the war but whose bodies were never recovered. The majority of those buried here were crew members of British based aircraft, however the bodies of some of those killed in North Africa, Normandy, the North Atlantic and various other places are also buried here. 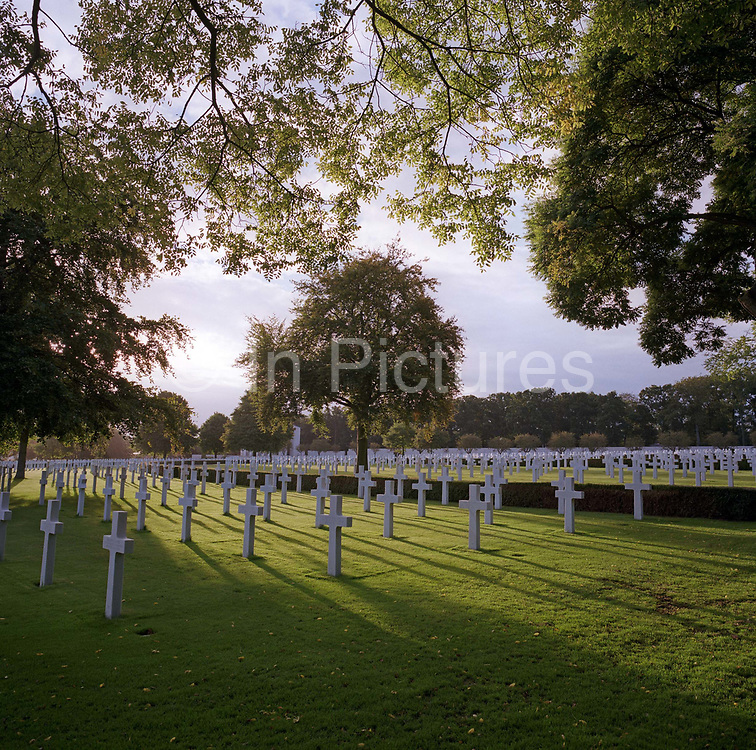