The BBCs veteran political broadcaster, Sir Robin Day stands on an equipment box to make a report to camera on College Green in Westminster, on 17th March 1992, in London, England. Sir Robin Day 1923 – 2000 was an English political journalist and television and radio broadcaster and called the most outstanding television journalist of his generation. He helped transform the television interview, changed the relationship between politicians and television, and strove to assert balance and rationality into the mediums treatment of current affairs. 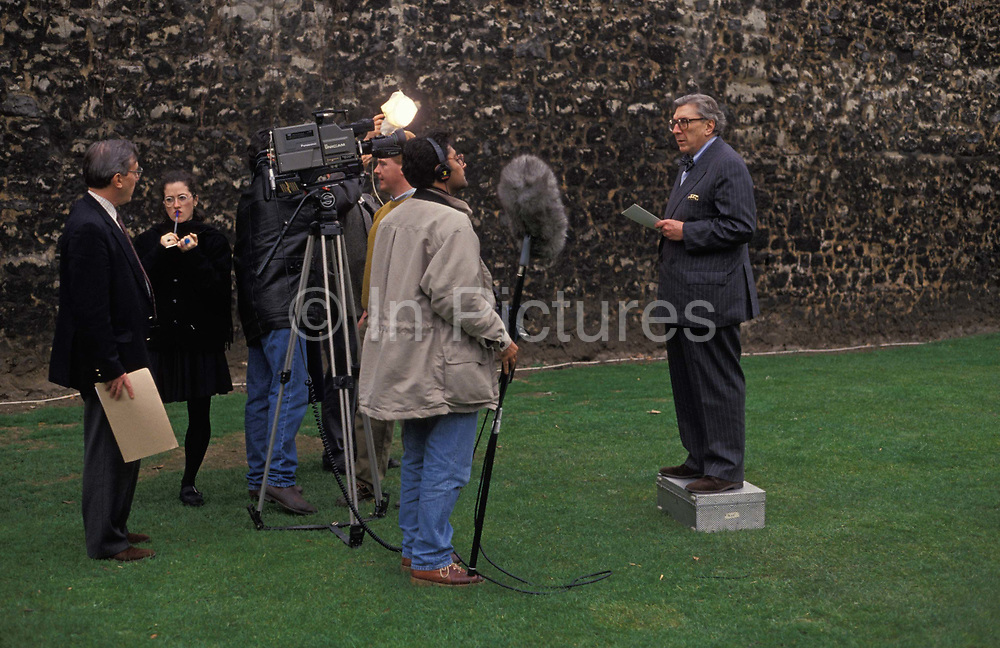