St George in full regalia hands out free red roses to Londoners in Leadenhall Market in the City of London, on England's national St George's Day the 23rd April. On the day that the English celebrate their patron saint, many gather in the City's main covered marketplace to wear red and drink to thoughts of nationalism. Saint George was born in Lydda, Syria Palaestina, a soldier in the Roman army and was later venerated as a Christian martyr. Nowadays his ideal has been used by the far-right and here, during the 2015 General Election, as political point-scoring. 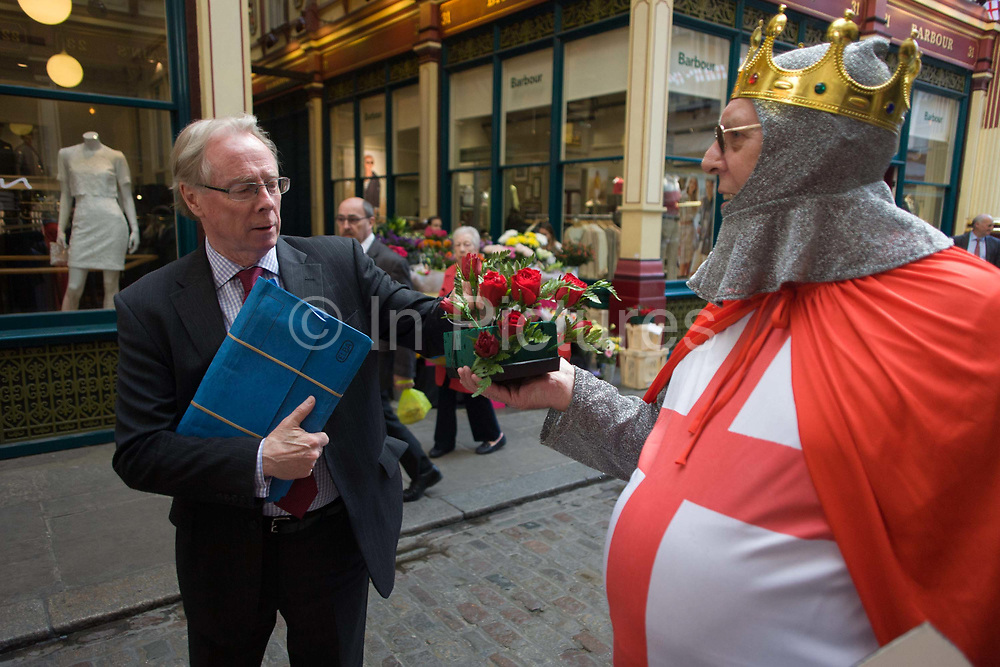