Close up of a Dahlia flower head in the gardens at Winterbourne Botanic Garden, the botanical garden of the University of Birmingham, located in Edgbaston, Birmingham, United Kingdom. Set in 7 acres, it is notable as a rare surviving example of an early 20th century high status suburban ‘villa’ garden, inspired by the Arts and Crafts movement of the Edwardian period. Both Winterbourne Botanic Garden and Winterbourne House are owned by the University of Birmingham and are open to the public as a heritage attraction. 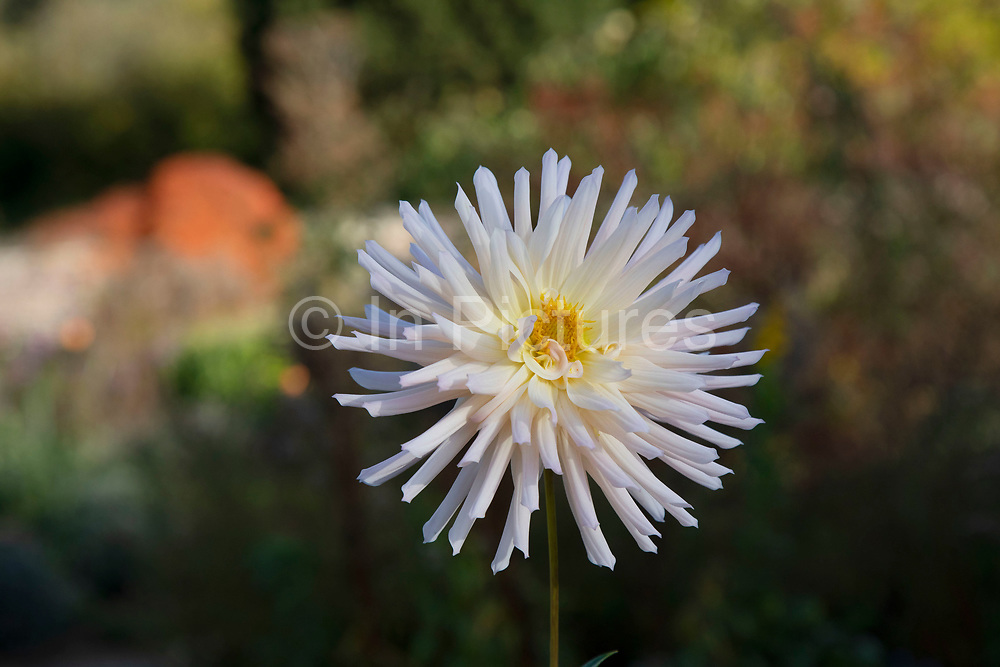