A male commuter walks past the defaced Labour Party poster which is displayed in a front garden in Herne Hill, South London. The seat of Labour's Tessa Jowell MP, the Minister for the 2012 Olympics. The large sign has had a few extra lines, possibly from a Conservative supporter who has written the words "Vote for us, we want your money," that means a vote for Labour will take cash from the voter/tax-payer's pocket if Labour are returned to govern the nation. The house is typical of a south London Victorian terraced home. 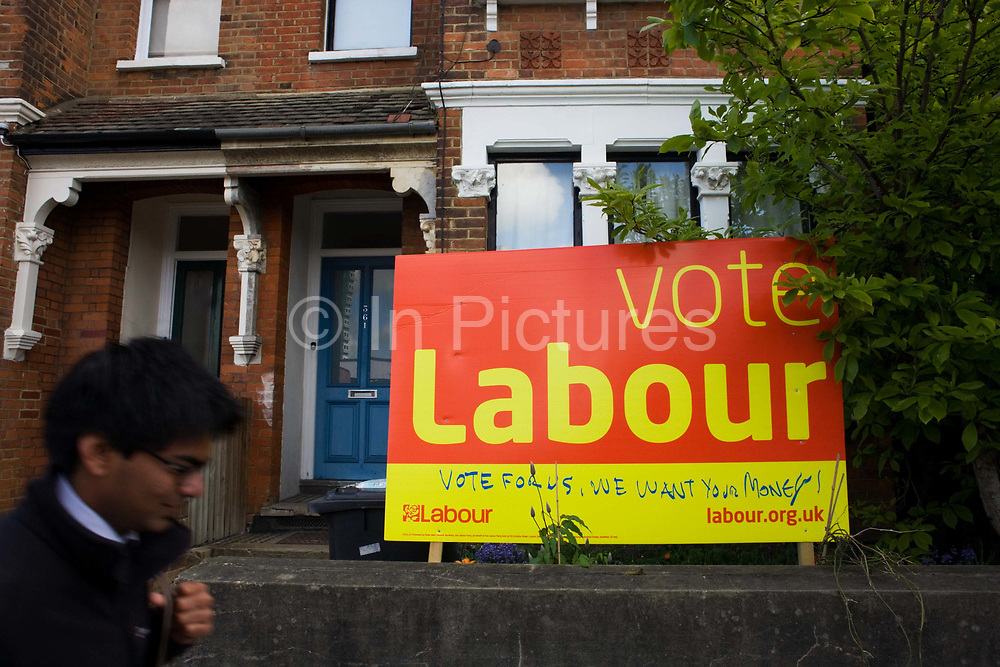