MD902 Explorer helicopter crew from the Kent, Surrey & Sussex Air Ambulance Trust on the ground in Ruskin Park after emergency flight to Kings College Hospital in south London. The flight medical crew load the stretcher used previously for the patient, back ito the aircraft. The Air Ambulance (KSSAAT) fly state of the art Helicopter Emergency Medical Service (HEMS) aircraft operating 365 days a year, out of their base at Marden in Kent and Redhill in Surrey. They're capable of delivering our crews anywhere in our region in under 20 minutes flying time, attending over 20,000 missions 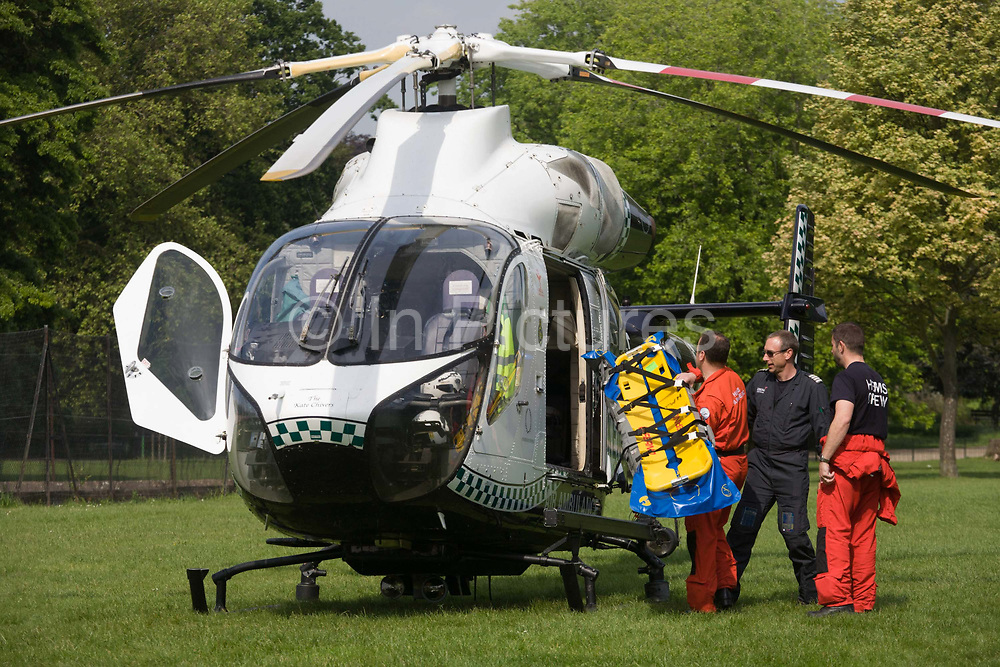