A wide view of the graveyard in the cemetery of Church of the Holy Rude in Stirling, Scotland. It is one of the town's most historically important buildings. It was rebuilt in the 1400s after Stirling suffered a catastrophic fire in 1405, and is the only surviving church in the United Kingdom apart from Westminster Abbey, to have held a coronation. On 29 July 1567 the infant son of Mary, Queen of Scots, was crowned James VI of Scotland here. Musket shot marks from Cromwell's troops during the War of the Three Kingdoms are clearly visible on the tower and apse. Another important historical religious site in the area is Cambuskenneth Abbey. 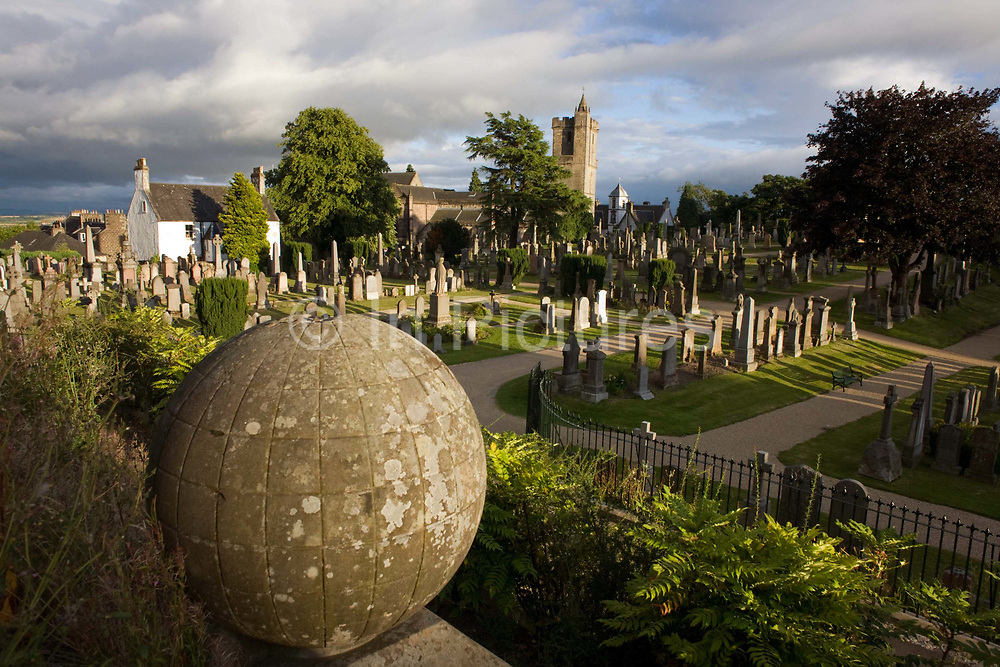