The wrecked remains of a Curtiss C-46 Commando WW2-era transport aircraft awaiting salvage or recycling in the desert airfield of Davis Monthan in Tucson, Arizona. The Curtiss C-46 Commando is a transport aircraft originally derived from a commercial high-altitude airliner design. It was instead used as a military transport during World War II by the United States Army Air Forces as well as the U.S. Navy/Marine Corps under the designation R5C. Known to the men who flew them as "The Whale," the "Curtiss Calamity," the "plumber's nightmare" and the "flying coffin," At the time of its production, the C-46 was the largest twin-engine aircraft in the world, and the largest and heaviest twin-engine aircraft to see service in World War II. 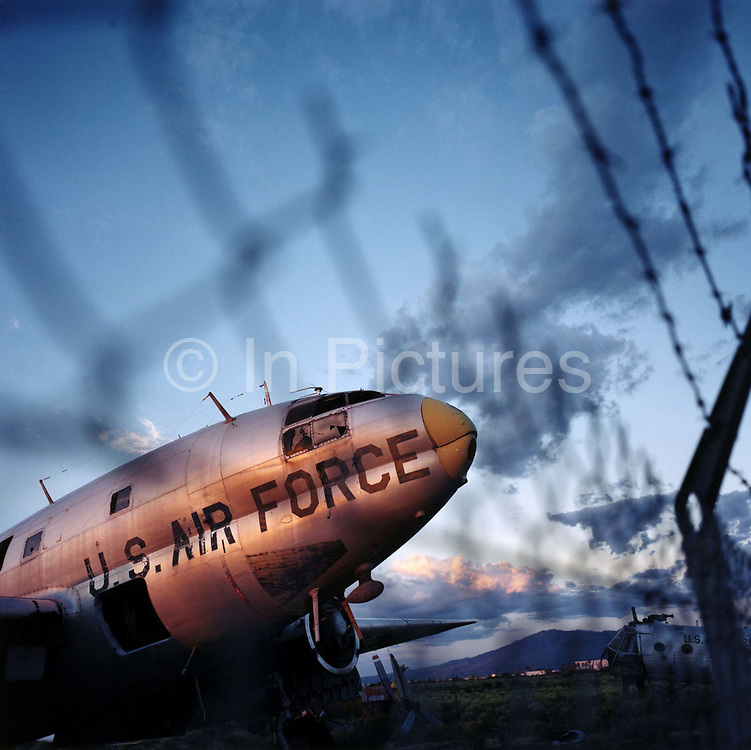