WW2-era concrete pillbox defence structure lies on the beach after coastal erosion at Warden Point, Isle of Sheppey, Kent. As part of Britain's coastal defences in the 1940s, beaches were mined and concrete bunkers installed as lookouts facing out so sea and in the event of an invasion by German forces, as firing positions. Overhead, the Luftwaffe flew on their way to London during the Blitzkrieg. More recently, they have fallen into the sea after coastal erosion continues to wash the sedimentary soil (from the Eocene geological epoch of 52-51 million years ago) into the tidal waters of the Thames estuary. Chain Home Low Station at Warden Point was built in 1941 it stood on top of the cliffs then. Erosion of cliffs caused the remaining buildings to fall into the sea in the 1970s. 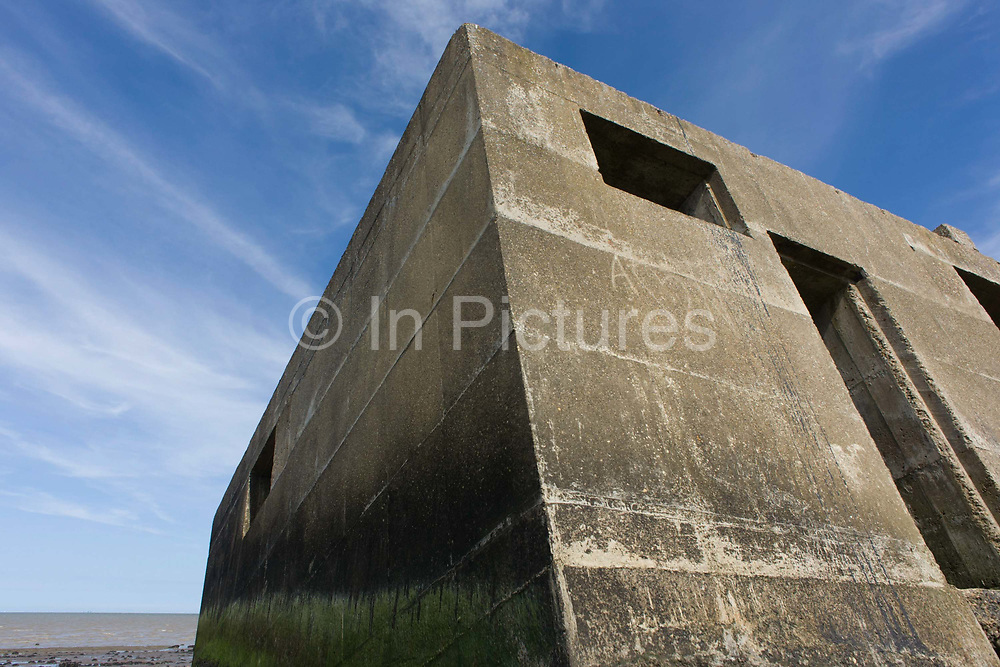