Looking from a high-viewpoint, we see tourists visit the foot of The Glenfinnan Monument situated at the head of Loch Shiel and erected in 1815 to mark the place where Prince Charles Edward Stuart ("Bonnie Prince Charlie") raised his standard, at the beginning of the 1745 Jacobite Rising. His statue stands on top of the tower just off the A830 road from Fort William to Mallaig. The Jacobite Risings were a series of uprisings, rebellions, and wars in the British Isles occurring between 1688 and 1746. The uprisings were aimed at returning James VII of Scotland and II of England, and later his descendants of the House of Stuart, to the throne after he was deposed by Parliament during the Glorious Revolution. 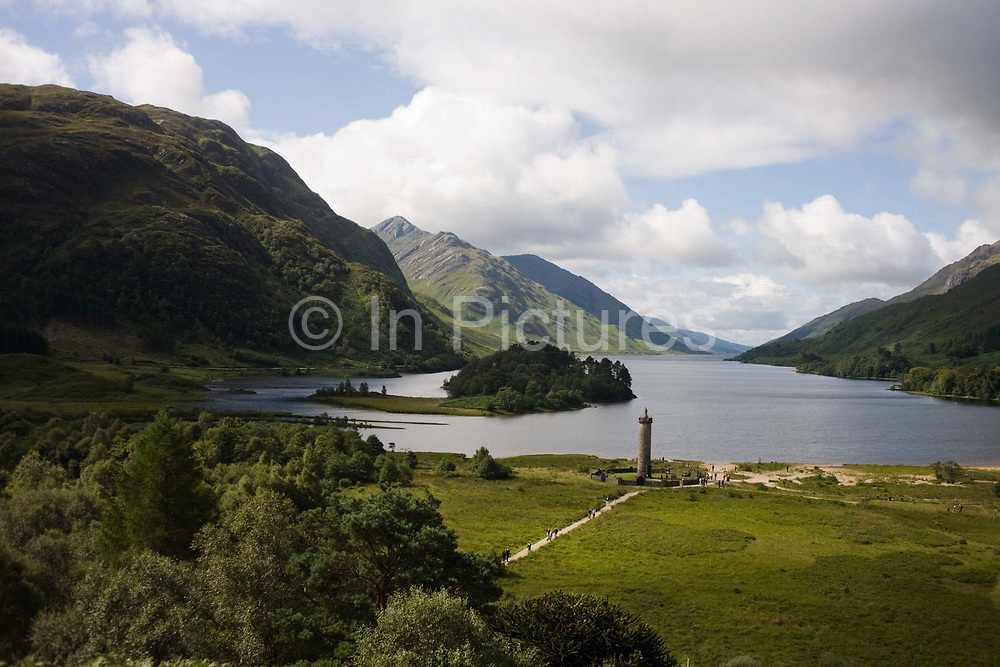