The wonderfully named Lower Slaughter in The Cotswolds, Gloucestershire, UK. The village is built on both banks of the River Eye, which also flows through Upper Slaughter. At the west end of the village there is an old water mill with an undershot waterwheel and a chimney for additional steam power. Popular with both the English themselves and international visitors from all over the world, the area is well known for gentle hillsides ‘wolds’, outstanding countryside, sleepy ancient limestone villages, historic market towns and for being so ‘typically English’ where time has stood still for over 300 years. Throughout the Cotswolds stone features in buildings and stone walls act as a common thread in seamlessly blending the historic towns & villages with their surrounding landscape. One of the most 'quintessentially English' and unspoiled regions of England. 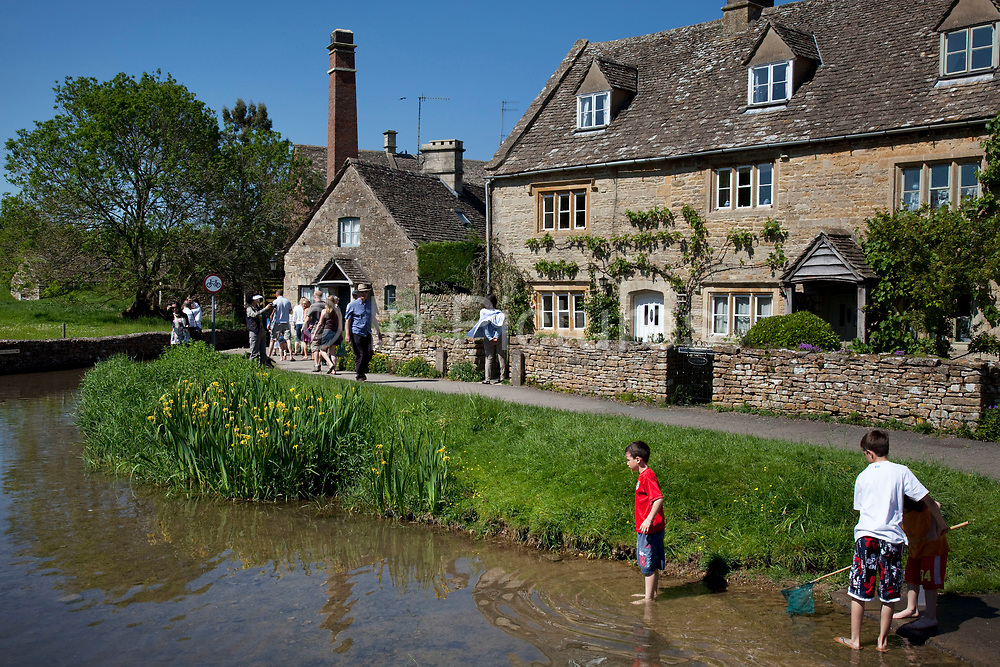