We see six office workers silhouetted against the large orange wall of the Credit Lyonnais Bank. They rush to work while one figure stands and talks into his mobile phone, at Broadgate in the City of London, UK. Several figures who are also reduced to black shapes and without detail that may identify them or their clothes, are hurrying in different directions, carrying a bag or briefcase but the feeling of rushing business is seen and their scale is ambiguous becase we don't know how close or far away they are from each other. This is due to telephoto lens forshortening. Some therefore look giants and some appear tiny. Broadgate Estate is a large, 32 acre (129,000 m²) office and retail estate in the City of London, owned by British Land and managed by Broadgate Estates. It was originally built by Rosehaugh and was the largest office development in London until the arrival of Canary Wharf in the early 1990s. 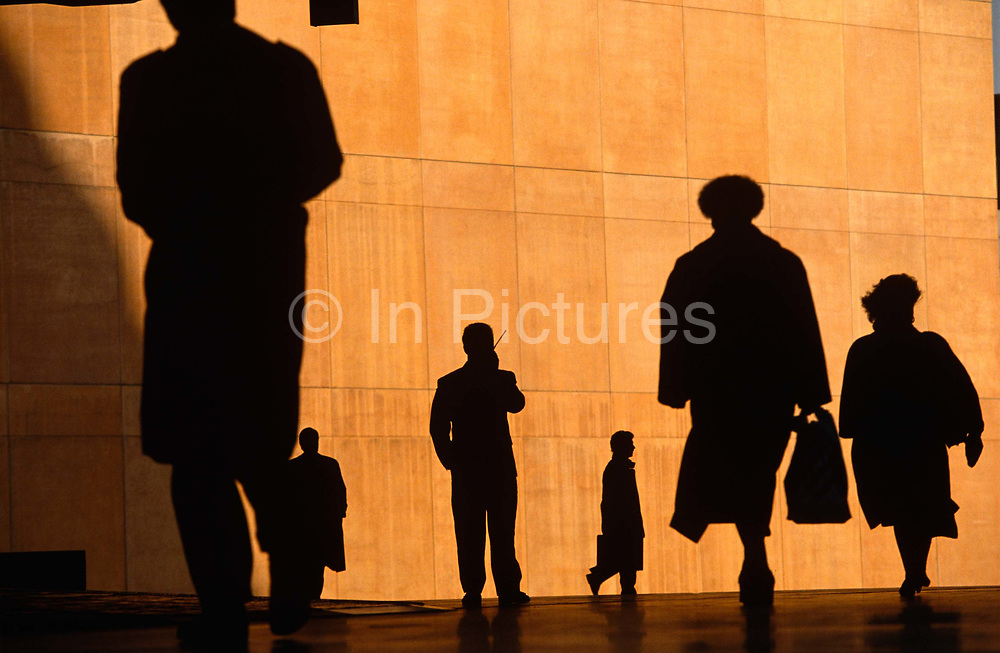