Members of Doggett's Coat and Badge walk towards the Guldhall before the Lord Mayor's Show in the City of London. Alderman and Rt Hon The Lord Mayor of London, Roger Gifford, a merchant banker with Swedish bank SEB is the 685th in the City of London’s ancient history. The new Mayor’s procession consists of a 3-mile, 150-float parade of commercial and military organisations going back to medieval times. This is the oldest and longest civic procession in the world that has survived the Plague and the Blitz, today one of the best-loved pageants. Henry Fitz-Ailwyn was the first Lord Mayor (1189-1212) and ever since, eminent city fathers (and one woman) have taken the role of the sovereign’s representative in the City – London’s ancient, self-governing financial district. The role ensured the King had an ally within the prosperous enclave. 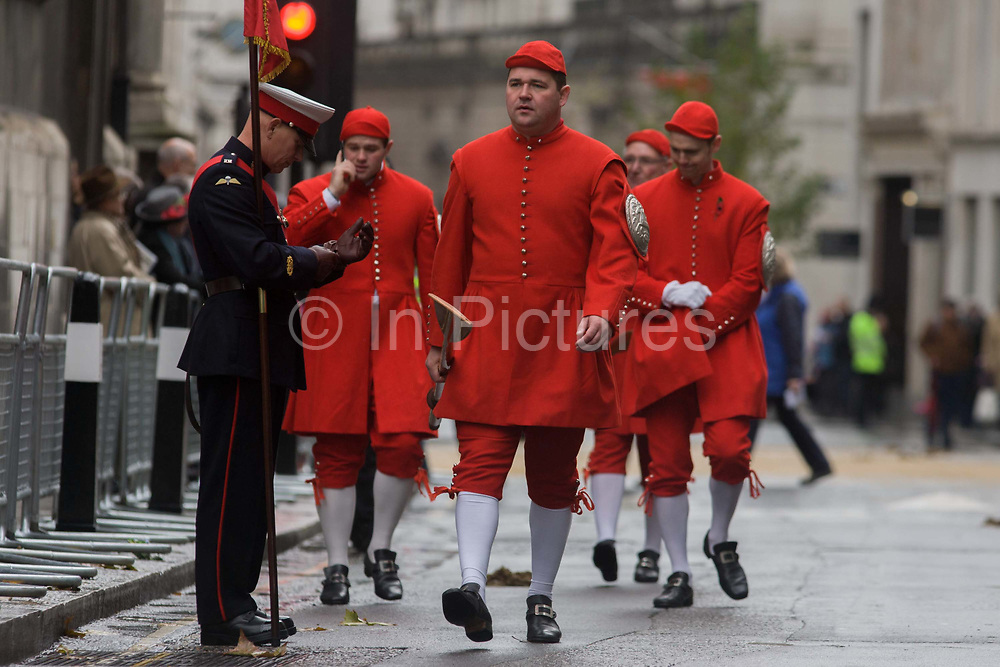