A Muslim Cham woman praying in the women's room at the mosque in Van Lam village, Ninh Thuan province, Central Vietnam. The Cham people are remnants of the Kingdom of Champa (7th to 18th centuries) and are recognised by the government as one of Vietnam's 54 ethnic groups. The majority of Cham in Vietnam (also known as the Eastern Cham) are Hindu but there is also a sizeable Muslim community of around 39,000 people inhabiting Ninh Thuan and Binh Thuan provinces along the coast of central Vietnam. 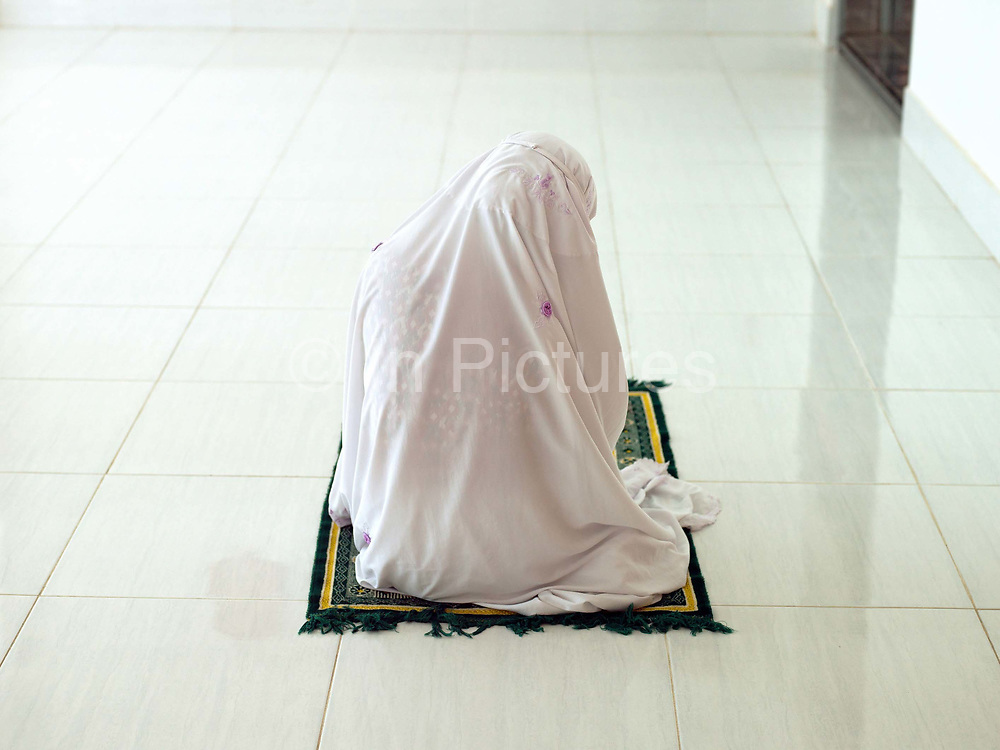