English writer Stella Duffy waves to a passing motorist while speaking passionately to a crowd outside Carnegie Library in Herne Hill. Faced with the closure of its beloved local library, the people of Lambeth, south London hold a demonstration outside the Edwardian-era building. Lambeth council plan to close the facility used by the community as part of austerity cuts, saying they will convert the building into a gym and privately-owned gentrified businesses - rather than a much-loved reading and learning resource. £12,600 was donated by the American philanthropist Andrew Carnegie to help build the library which opened in 1906. It is a fine example of Edwardian civic architecture, built with red Flettan bricks and terracotta, listed as Grade II in 1981. 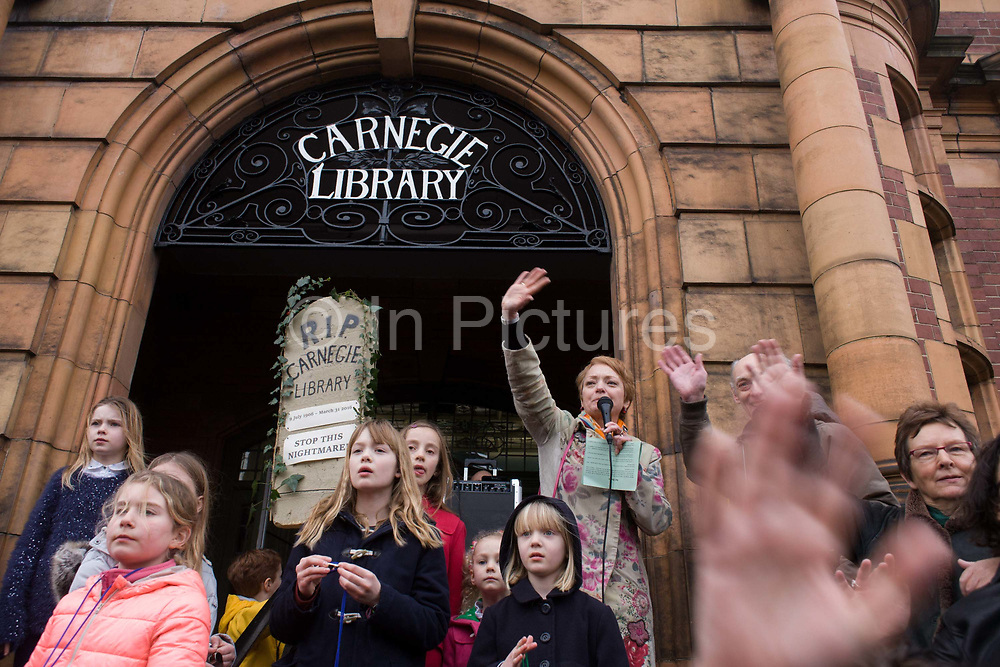