London, UK. Wednesday 4th September 2013. American in London Beverly looks up as the beam of light reflecting off the Walkie Talkie in turn reflects off her mirrored sunglasses. Urgent action in planned to “cover up” the Walkie Talkie skyscraper in the City after sunlight reflected from the building melted a car on the streets below. Temperatures have been measured in excess of 50 degrees C, and as much as 70 degrees at it's peak. The 525ft building has been renamed the “Walkie Scorchie” after its distinctive concave surfaces reflected a dazzling beam of light which has caused extensive damage to nearby buildings. 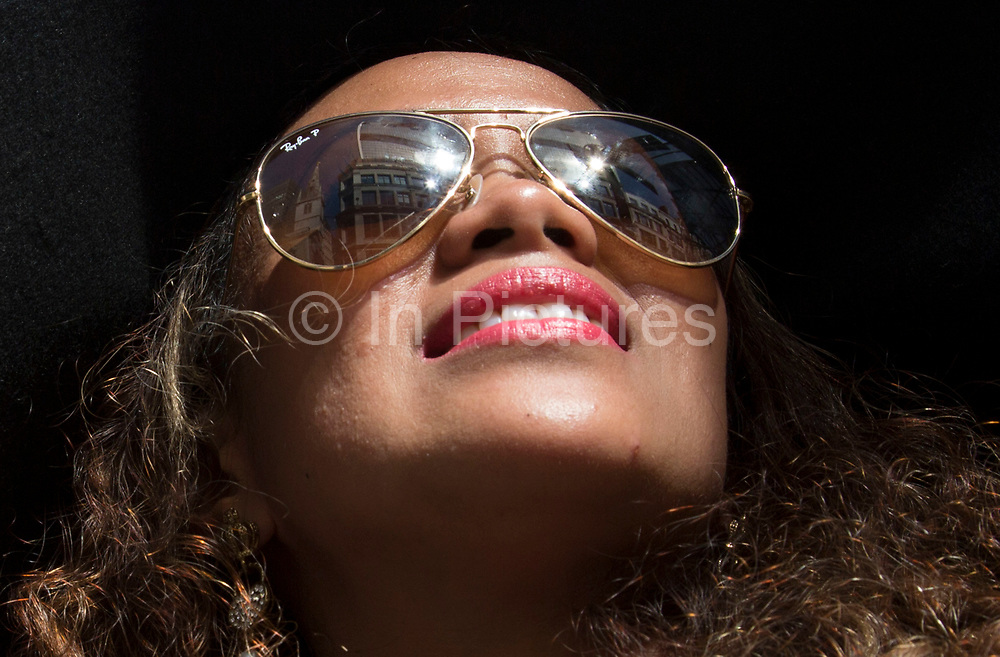