Theodore Kyriakou is seen in his Real Greek restaurant in Hoxton, East London. He smiles to the view dressed in chef's apron and with a pen behind his ear. This Greek-born chef once served in the military but realised his ambition to cook by coming to London and eventually being the co-owner of Livebait, the renowned London fish restaurant chain. In 1999, he finally opened a restaurant specialising in the kind of food his mother used to make. The Real Greek was in business, recreating many of the dishes he remembered, he introduced authentic Greek cuisine to a new audience. Kyriakou's parents ran a deli in Athens. His mother, a natural cook, didn't follow recipes, though many of her dishes are influenced by a 2,000-year-old cookbook, the Deipnosophistai by Athenaeus. She still gets calls from her son to check facts. 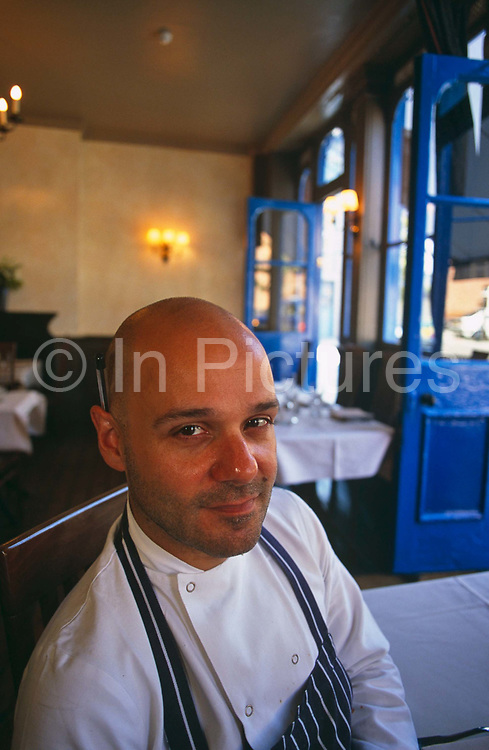