The stern of Admiral Lord Nelson's flagship HMS Victory at Portsmouth. We look up at the rear of Britain's most famous warship from the Napoleonic war era and see the windows of Nelson's cabins and rooms - the location where the battle of Trafalgar was planned and where Nelson died on that day in 1805. Victory took Nelson's body to England where, after lying in state at Greenwich, he was buried in St. Paul's Cathedral on 6 January 1806.
HMS Victory is a 104-gun first-rate ship of the line of the Royal Navy, laid down in 1759 and launched in 1765. After Trafalgar, she served as a harbour ship, moved in 1922 to a dry dock at Portsmouth, England, and preserved as a museum ship. She is the flagship of the First Sea Lord and is the oldest naval ship still in commission 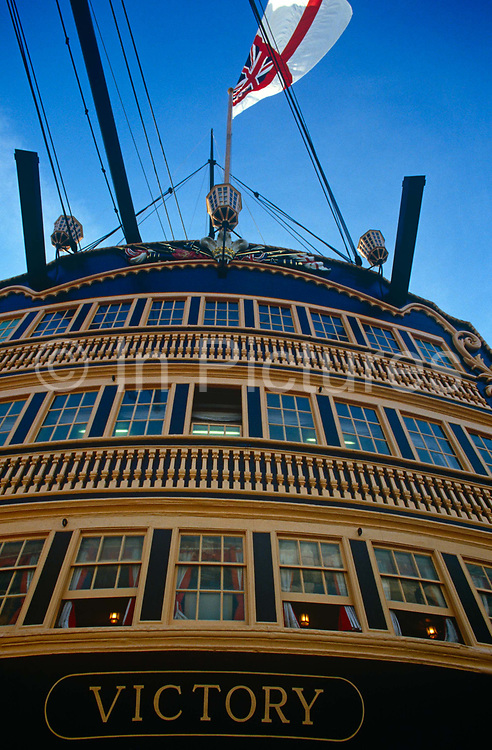