Awaiting the call-up from superior officers, a phalanx of German riot police stand in their ranks, with shields resting on the ground of a central Berlin park. Their orders will be to keep control of protesters in the former eastern sector of the German city, in the months after the fall of the Wall and the communist state, the GDR (German Democratic Republic) or DDR. Because Germany is now one country (though reunification itself has yet to happen), West German officers of the Bundespolizei (BPOL) which is the uniformed federal police force of Germany, wait patiently for orders from their western masters. The Bundespolizei consists of around 40,000 personnel, from border control, aviation wings, civil servants, immigration services and riot control (Beweissicherungs and Festnahmeeinheit). 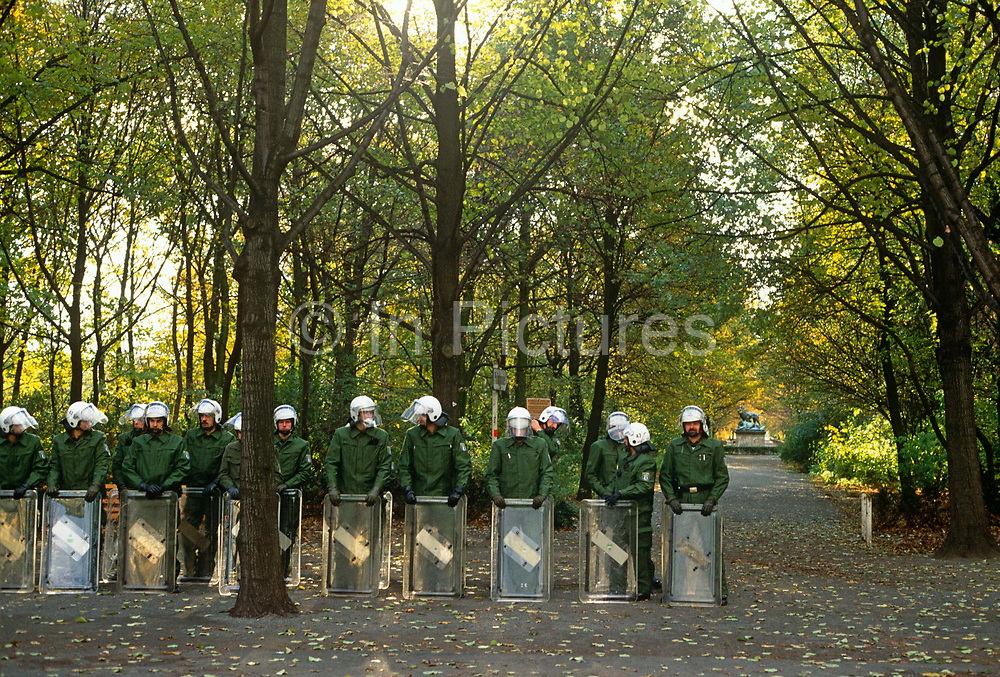