Having just unearthed more bodies from layers of volcanic ash and pumice, an archaeologist's assistant pauses for a cigarette, kneeling beside a victim of the AD79 eruption of Mount Versuvius over the ancient Roman town of Pompeii. Buried beneath huge amounts of toxic material this person was suffocated and crushed from falling debris. Preserved in a shell of volcanic material it is to be removed from this site on top of a villa roof where, it is calculated, this citizen was one of the last to die, having climbed 4 metres above ground level to await its fate. The Italian man ears a red t-shirt and holds a pick that has scraped and brushed away the soil to reveal the human form which also shows another body beneath. Others litter the rooftop too proving that many survivors of the first eruption perished after the second many hours later. 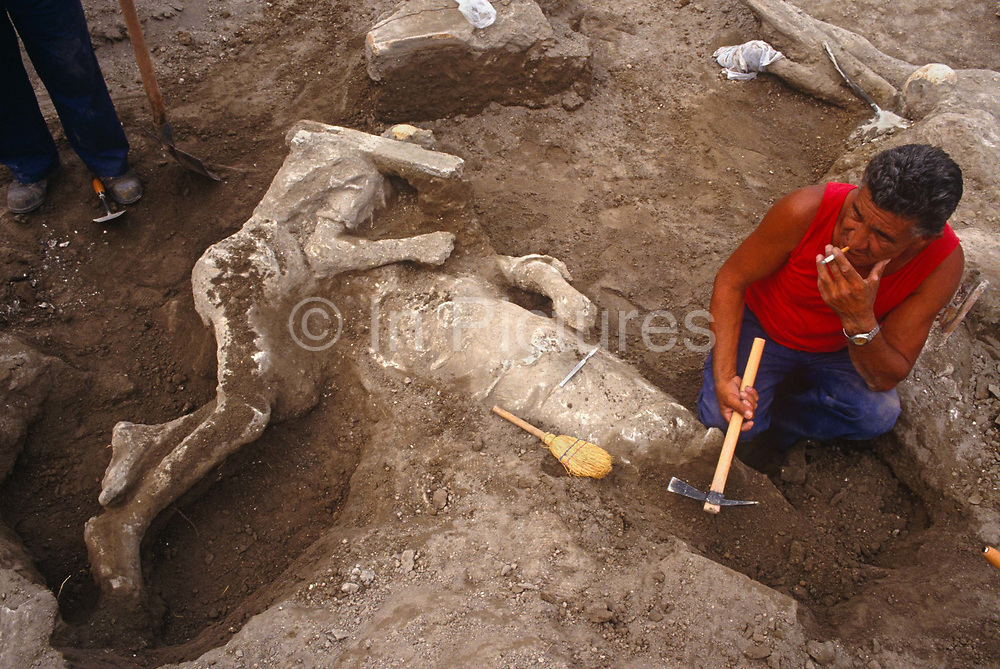