A lady wearing a red dress with black polka dots locks her bike near a red public telephone kiosk. Bending over to attach the lock that might prevent a bike thief - common in the capital and other cities in the UK - she echoes the red of the phone box in Russel Street, the heart of London's theatreland. The red kiosk stands as an iconic piece of architecture that has graced Britain's towns and villages for 70-odd years. These K-series kiosks were largely designed in 1936 by the renowned designer Giles Gilbert Scott. With the increasing use of mobile phones the static phone boxes are still used in remote areas of the UK where mobile service is still patchy and in major towns and cities, their presence is becoming rarer. 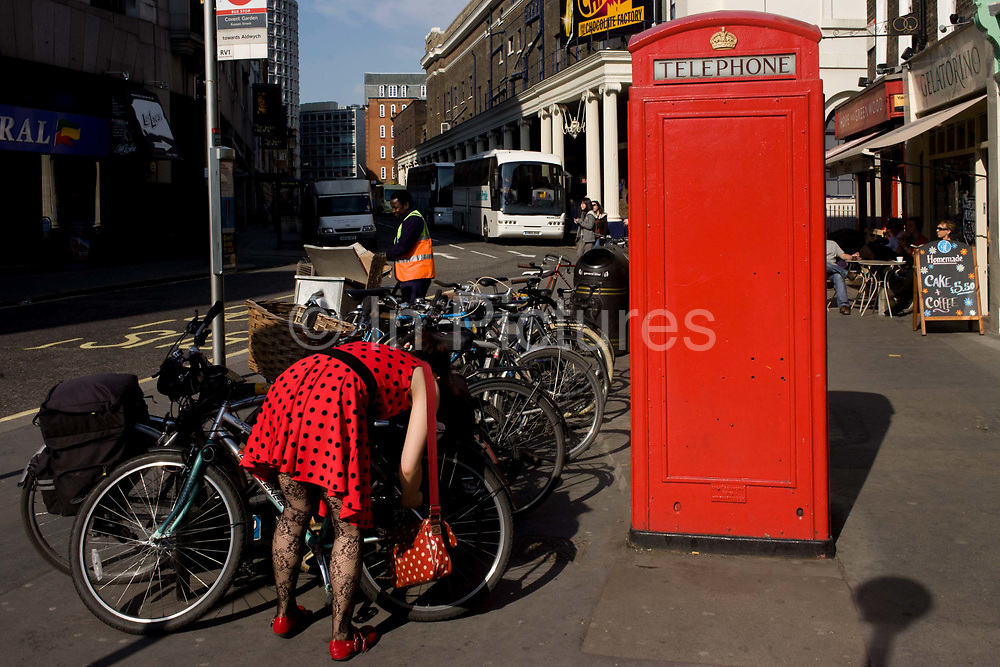