Families climb on to a small hill that has the Orbit artwork tower in the background. during the London 2012 Olympics. Standing 115 metres high, the Orbit is the tallest art structure in Britain – offering views over the Olympic Stadium, Olympic Park and the whole of London. This land was transformed to become a 2.5 Sq Km sporting complex, once industrial businesses and now the venue of eight venues including the main arena, Aquatics Centre and Velodrome plus the athletes' Olympic Village. After the Olympics, the park is to be known as Queen Elizabeth Olympic Park. 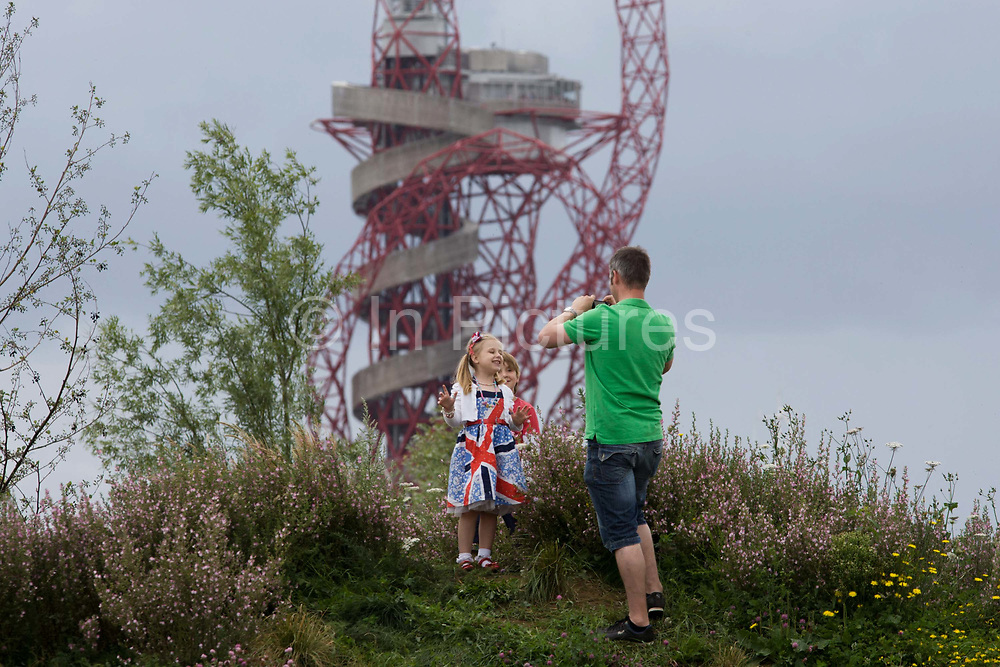