Anti Brexit protester is berated by Leave protesters in a fierce debate in Westminster on the day after Parliament voted to take control of Parliamentary proceedings and prior to a vote on a bill to prevent the UK leaving the EU without a deal at the end of October, on 5th September 2019 in London, England, United Kingdom. Yesterday Prime Minister Boris Johnson faced a showdown after he threatened rebel Conservative MPs who vote against him with deselection, and vowed to aim for a snap general election if MPs succeed in a bid to take control of parliamentary proceedings to allow them to discuss legislation to block a no-deal Brexit. 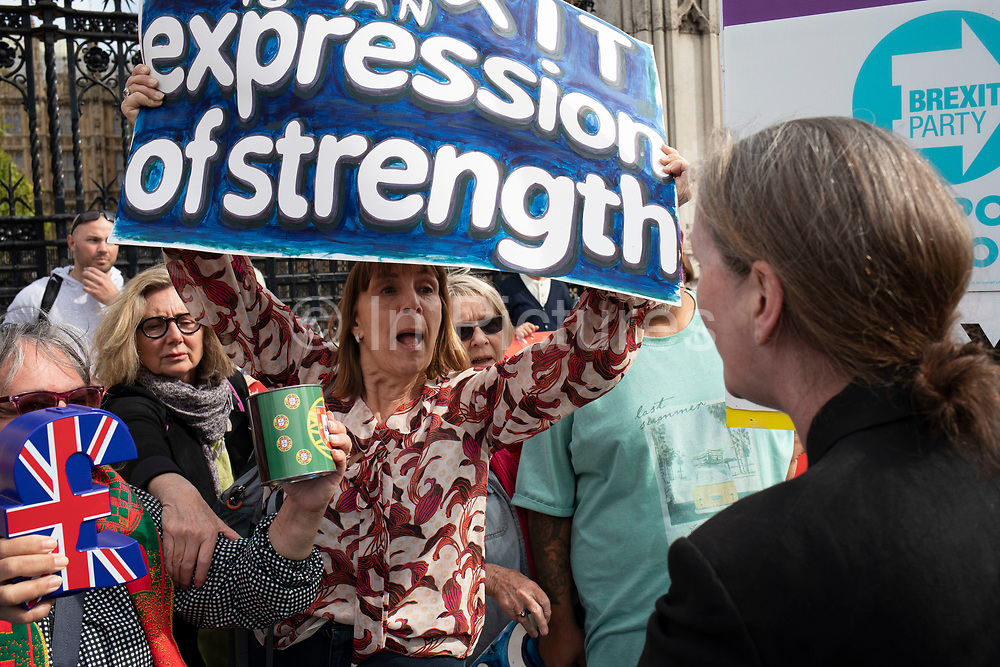