Following the death of George Floyd while in the custody of police in Minneapolis, demonstrations of solidarity have started all over the world as people gather to protest against institutional racism and in support of the Black Lives Matter movement, as seen here with thousands of people gathering to walk to central London from Vauxhall on 7th June 2020 in London, England, United Kingdom. Black Lives Matter is an international human rights movement, originating in the African-American community, that campaigns against violence and systemic racism towards black people. (photo by Barry Lewis/In Pictures via Getty Images) 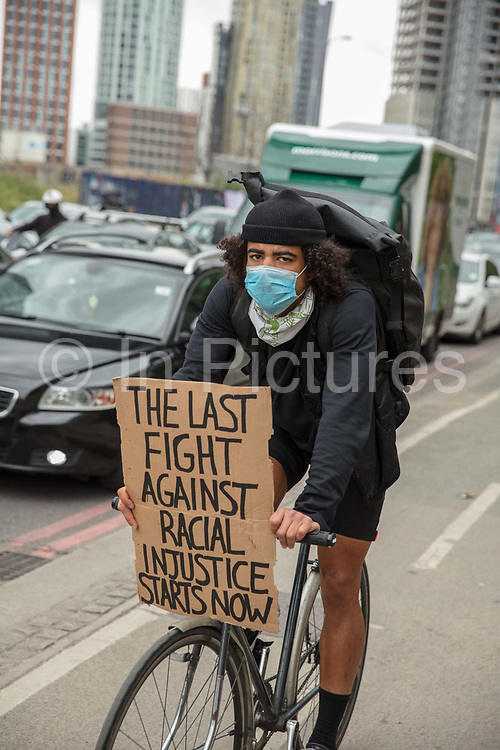