A cross in sunlight shows the Katyn memorial set in a forest in Warsaw, Poland. The Katyn war cemetery is a Polish military cemetery located in Warsaw commemorating the massacre of Polish officers during the second world war although the town of Katyn is a small village near Smolensk, Russia. It contains the remnants of 4,412 Polish officers of the Kozelsk prisoner of war camp, who were murdered in 1940 in what is called the Katyn massacre. The soldiers were buried in six large mass graves. Until 1991 it was known that the Nazis were responsible but after the end of Communism did they Russians admit that Stalin's forces killed the Poles. There is also a Russian part of the cemetery, where an undisclosed number of victims of the Soviet Great Purges of the 1930's were buried by the NKVD. The cemetery was officially opened in 2000. 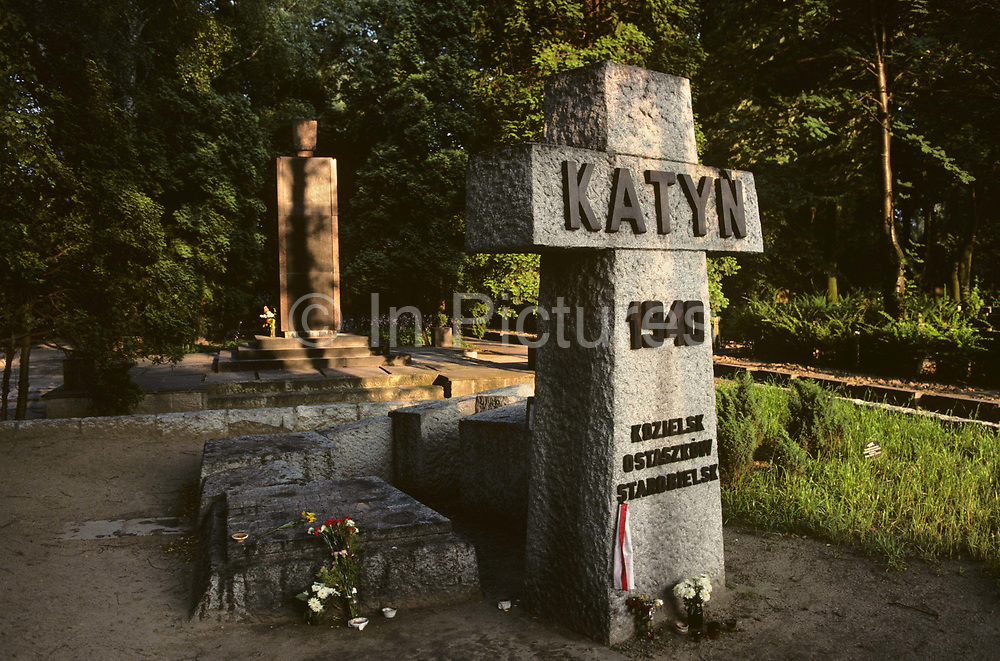