Sign for London West End. This is the theatre and entertainment capital of the city. The West End of London (more commonly referred to as simply The West End) is an area of central London, containing many of the city's major tourist attractions, businesses, headquarters and the commercial West End theatres. Use of the term began in the early 19th century to describe fashionable areas to the west of Charing Cross. For strategic planning the area is identified as one of two international centres in the London Plan. The West End is the entertainment centre of the UK with the largest shopping district in Europe, the home of the UK theatre and film industry as well as numerous up-scale bars, restaurants, hotels and nightclubs. The West End is the most expensive location in Europe. 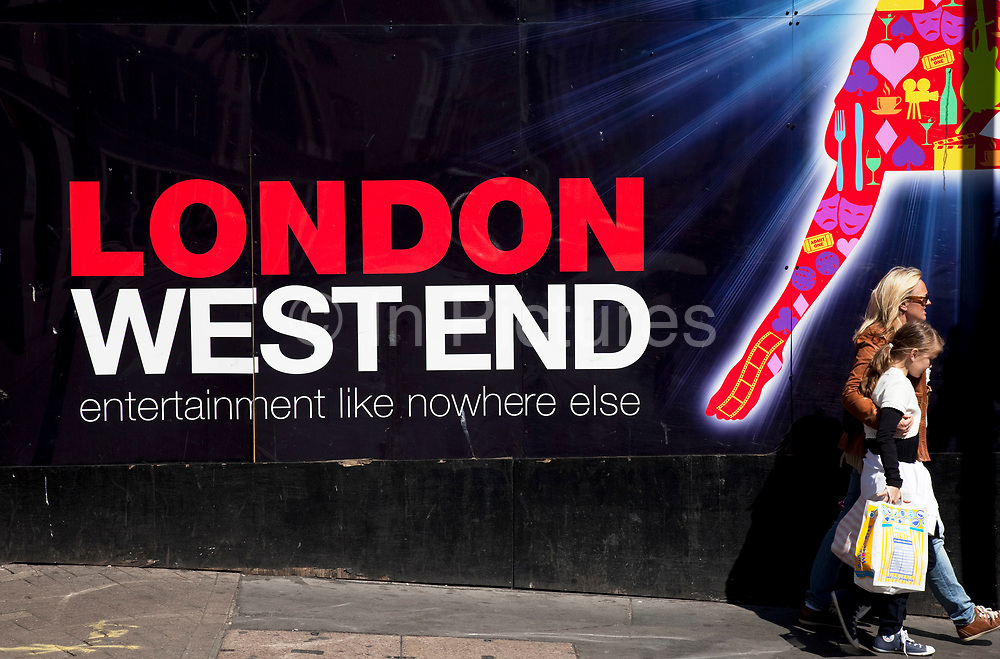