Iraq - Hatra - Reliefs on the wall of a building

Reliefs on the wall of a building in Hatra, Iraq
Hatra is today known as al-Hadr and is an ancient ruined city in the al-Jazira region of Iraq. It is a World Heritage site and was founded as an Assyrian city by the Seleucid Empire some time in the 3rd century BCE. A religious and trading centre of the Parthian empire, it flourished during the 1st and 2nd centuries BCE. Hatra is the best preserved and most informative example of a Parthian city 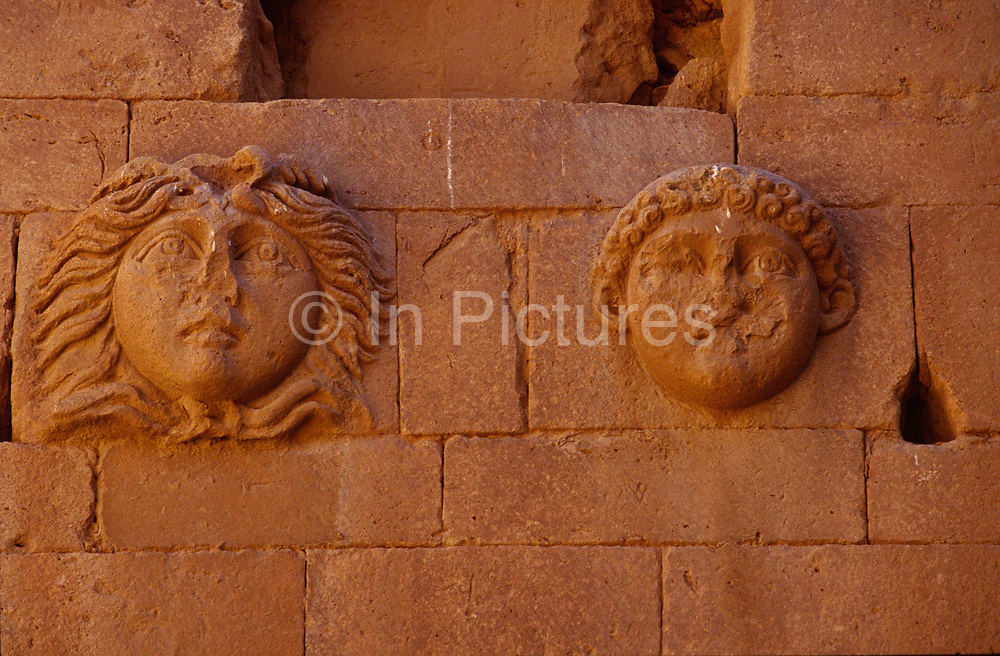