Brandon Hayward (far right 16) a loyal and deeply upset and distressed Amy Winehouse fan poses with his friends at the memorial opposite the home of Amy Winehouse, Camden Square, North London. In signature make up and wearing a t-shirt of her image, he said "It's destroyed me. It's killed me. We hadn't seen too much of her in the press recently so thought things were alright, and now this, she's died. I don't know what to do, how I can make it better." Brandon had first seen Winehouse at his first ever gig just aged 12 years old. It was announced that the tragic singer had died on 23rd July 2011. The music world has been paying tribute to singer Amy Winehouse, 27, who was found dead at her London home following years of drug and alcohol abuse largely attributed to her troubled character and fame. 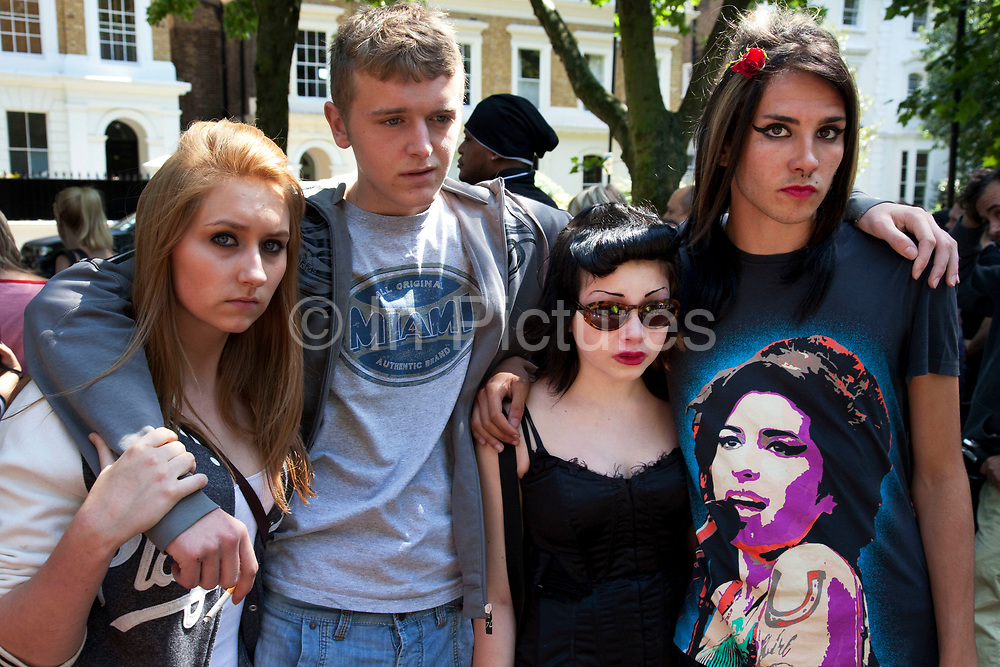